I've never played SF V. It was an unappealing, less than half-ass game upon it's release, and the business model Capcom has used with the game throughout it's life has not engendered a renewed interest. Even before the addition of in-games ads. Which seems like it's been very well received! Now, since I've not played it, I don't know much about it. Maybe you can enlighten me. Regarding fight money: Here's my understanding, please correct me in all the areas I've misunderstood. Fight money is the in-game currency, which you earn by playing.  Fight money can be spent on new characters, costumes, alternate costume colors, new stages, background music, and profile designs. You earn less of it with the ads turned off, and more of it with the ads turned on.

It's not like I was looking at much else on the screen while it was loading to the point where I'd consider this something I have to "deal with".
But I could see this being annoying in some type of games, like story driven games where this kinda thing can break the immersion.

@COKTOE
That's correct. But saying you get 'punished' for not taking advantage of an optional and additional way of earning currency that was never there in the first place, isn't fair imo.
Each week you can earn a few thousand Fight Money by completing various tasks such as "Play one Ranked match", or "Throw an opponent 10 times."
I wouldn't say "Oh I'm getting PUNISHED for not throwing my opponent 10 times? I should just get all that fight money for free automatically."

You perform tasks, and earn in game currency to buy items you can normally only buy with real money in exchange.
In this case you're enabling adds for their DLC costumes during loading screens where there otherwise would be nothing to look at really. I personally won't turn this feature off, if I start playing again. (Meaning if they add Yun or Rose or someone else I find interesting.)

People are seriously defending this. This shit is just getting worse and worse.

OK, I think it's time to denounce this lenient attitude some of you are having with this kind of crap. Crap monetization proccess in prenium games is already a big problem players have to deal with it but now we should sit our ass while publishers  like Crapcom try to transform games as a publicity billboard ?

You know why they don't do it so much ? It's because :

A) Certain publishers like Activision/Blizzard or Ubisoft already does it with broad consumption products (Doritos, Mountain Dew, Chocolate bars, etc ...). They're already getting this ad revenue from sponsorship and ads. This proves that you don't need to mess with the in-game content of your game at all.

B) It's completly intrusive to what the game's trying to immerse you into.

Street Fighter V recently released an update that introduces advertisements to the fighting game's loading screens, player models, and stages. While the advertisements can be toggled off, the introduction of ads in the first place went over just as well as you'd expect.

The characters have logos of their adverts plastered all over them. It's not just the loading screes.

If this is a fighter with pretty meh sales, you pretty much just made the case for the ads.  In other words, Capcom is looking for ways to keep the budget going for the game and this is one of them.  I personally do not have a problem if I can turn them off.  As I remember, the game wasn't even going to be made unless Sony put in some funding.  If the money isn't coming in from DLC then other means are going to be required to keep the game coming.

I never believed this to be the case. Between 2014 and 2015 they had released three Monster Hunter games for the 3DS, all of them selling more than 4 million copies each. Plus Dead Rising 3 and a bunch of cheap re-releases. They were not lacking money, especially not for their biggest IP. They released SFV in 2016. Either this game took too much money to make (which would be Capcom's fault in the end) or they just fed us that lie to keep the exclusivity deal with Sony (which, once again, Capcom's fault).

So, as far as I understand, this is for a Capcom event.

There was a Switch T-Shirt in the Breath of the Wild WiiU version. Was that an ad?

To be fair, that's more of a celebration of the Switch's release, and just left it in the WiiU version because why not? The better example would be the Mercedes' car on MK8. But at least that kind of advertisement added content without real drawback, however jarring it was. Capcom's idea for advertisement is dangerously close to those mobile ads, watch the video and get points, only to slow down the amount of points you can get normaly so that you HAVE to see the videos. If this goes on, who says they won't add promotions to other stuff, and after that, all loading screens become 1 minute ads?

Definitely, although wasn't that exclusive to the Switch version ?

In comparaison, it's like if someday Nintendo plastered every gear and maps in Splatoon 2/Smash/ARMS/Mario Tennis Aces , etc ... with the Nintendo Versus logo for their competitive scene. This would look totally out of place and completly intrusive to what you're doing imo. I prefer when they keep it simple with their fake brands. 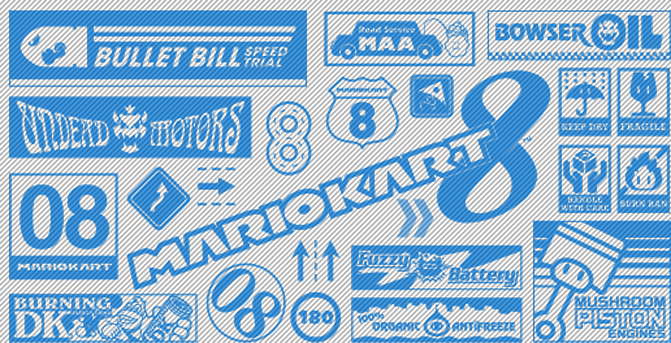