I didn't even know what was wrong with him until I found out about this. :(

SpongeBob creator Stephen Hillenburg passed away today from amyotrophic lateral sclerosis when he was only 57 years old.

He created SpongeBob back in 1999 after his career in marine biology, and the rest is history.

Goodbye Stephen, we miss you already. :(

Oh..man...I didn't even know he was sick! When I saw that name, I did a doubletake. Jesus, RIP. Thanks for so many laughs and giving us quality content for my childhood.

I had to do the same, hoping it was just a mistake. :(

This one hurts... this one really hurts.
SpongeBob Squarepants is easily one of the most popular and iconic shows ever created and has helped shaped the lives and childhoods of millions across the globe, myself included. There’s practically a SpongeBob related GIF or meme for everything you see on the internet. It was such a brilliantly written piece of work when Mr. Hillenburg was in charge during the first 3 seasons and the 1st movie.
SpongeBob himself now ranks among the most popular and influential cartoon characters ever created alongside the likes of Mickey Mouse and Bugs Bunny.
Thank you, Mr. Hillenburg gor all the wonderful laughs and memories you’ve given us. May you Rest in Peace.

The newest episodes have been among the funniest and most memorable in the show's history. At least his run on SpongeBob ended on a high note. :(

And this came not long after Stan Lee died. :(

That's pretty sad. SpongeBob was a big part of my TV childhood.

Can we bring him back and send Butch Hartman instead?

Rest in Peace... And thank you for Spongebob... 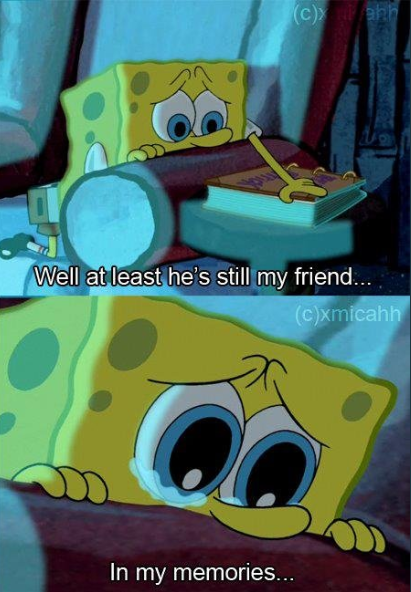