If they're gonna acquire studios they shouldn't acquire regular studios in my opinion, they should acquire VR studios. Good studios would be Polyarc (developers of Moss), Impulse Gear (developers of Farpoint) and First Contact Entertainment (developers of Firewall: Zero Hour).
But if I had to name 1 regular studio, I'd go with Housemarque. Acquire them, give them a bigger budget and proper marketing and go to town on their arcade games. Resogun 2 to begin with please.

Seems you got lucky to be able to play the few games you like on the PS4 without needing to buy the console so that's a positive :p

I personally love L.A Noire and games like Detroit but i can be pulled into bookstories by just reading them so that's why games like these might also have more effect on me.

Supermassive games. Until dawn was amazing and I would love for them to keep making bigger and bigger games

From software, Sony Japan's output isnt good, they made 2 good games this gen with the last guardian and gravity rush 2, but they weren't system sellers or sold that much. Sony needs it's Japanese games to have a bigger presence, and adding from software will complement their first party a lot. It would finally give them a studio capable of making jrpgs with world wide appeal 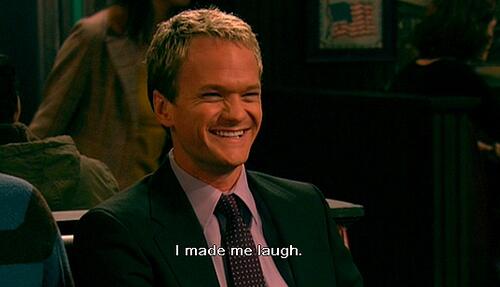 I laugh a little I admit it.

I don't get how anyone can say Sony doesn't need more talent. The output of their first party studios this gen hasn't been all that incredible. A small handful of good games and a ton of 2nd party stuff they bought or paid others to make. No one would like another racing studio outside of Polyphony? Someone to make good RPG's? MicroSony are both sorely lacking in that area imho and rely pretty much entirely on other developers there.

But most importantly a majority of the good exclusives PS4 has had.. they came from developers Sony bought. Uncharted, LoU, Infamous, Horizon, etc. Personally I hope their output for PS5 is a lot stronger than PS4. They seemed pretty lazy in a lot of areas with PS4 after the competition pretty much imploded pre-launch. Not that I doubt either of the other two would have done the exact same thing, we've seen it with Wii and Kinect era 360 Microsoft.

I would love Sony to acquire Level 5 so they can force them to make Dark Cloud 3.

I feel like Atlus would be a good addition.

From Software to make Bloodborne 2.  Sony Japan and From work amazing together.

You lost me at the first sentence.

No matter how you choose to measure it, Nintendo is generally competitive when it comes to exclusive software. Sony’s stellar year doesn’t change that.

And I would technically give a nod to Pokemon Sun and Moon with a Metacritic of 87 in 2016. So for what it's worth, Nintendo and Game Freak released a great game in 2016. In fact, we kinda leave the handhelds in the background. As if research and development are not required to make 3DS games for Nintendo. Throughout the 3DS' life, it had:

- The Legend of Zelda: A Link Between Worlds

- The Pokemon games (yea, you can pick whatever you like, they're all given favorable reviews so it goes down to preference)

Anyways, as for people mentioning Platinum Games, I really don't want to see it become exclusive to one company. I like that Platinum Games can develop multiplatform games or exclusives when asked. Of course, their man power may be in questioned due to how many projects they had to deal with the last several years, but I think it works out when Bayonetta releases on a Nintendo console (heck she's in Smash Bros. too) and Nier Automata releases on PS4 (later Xbone) and so forth.

Why take away opportunities for a company like Nintendo to work with Platinum Games if taken by Sony? Next thing you know, people will start asking Sony to take Atlus away from Sega because of Persona alone, even when Shin Megami Tensei seems to be doing fine on Nintendo platforms. You're only limiting the competition when they have less third party developers to work with. Rather not have a monopoly in the gaming industry. It gets too boring when the one console has all the latest tech and starts getting stagnant. Part of the reason why I appreciate Nintendo is because they are not aiming for the highest piece of tech, they aim to provide something different and something that I never thought of playing before, like the Wii, the DS, or the Switch.