Forums - Nintendo Discussion - What was the last Wii game you bought?

Xenoblade, Skyward Sword or Last Story I don't remember which one came out last.

This one, fittingly enough. ;)

That sounds pretty cool. :) I still aim to one day finish the game though!

Well, if you do finish 2, I highly recommend 4; or as it's called in Japan, the only place it officially released, Zero: Tsukihami no Kamen.
It's an absolute crime it didn't get a global release, thank fuck for the Wii homebrew scene, who put together an excellent unofficial English patch. 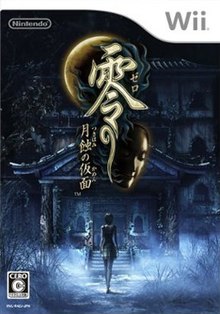 I'd love it if they re-released these games on switch but who knows.

5 is better than 4 imo. The whole weird face thing and the masks was pretty meh.

While I liked both games, I prefer 4 because I felt backtracking was handled far more elegantly and the story was more eerie and creative. 5 is based largely on the real life "suicide forest" of Aokigahara and while I feel that did give it a certain impact, 4's background of the mysterious Luna Sedata illness, (which serves as an allegory for the loss of self that occurs with neurodegenerative conditions like Alzheimer's) and how the island's entire population was wiped out overnight intrigued me more.

I don't know, backtracking always just feels like backtracking to me. If I gotta explore rooms for a key I need to get somewhere near the beginning of the game it feels just the same as completing a mission, going back to my house and setting out for the mountain the next day. Plus, I feel like seeing all the characters effected by different eras in MOBW gives an extra complex part of the game trying to figure out the timeline of these rituals, being in different times the ritual was carried out so significantly different. I even really liked the 5 nights at Freddy's kind of rip off when the whole team gets together. Not to mention it brings back a certain character which is always something I like in horror games.

It certainly isn't a vast gap in preference, it's more like I like this a tiny bit better, this was a bit more interesting, ect. That said I think the controls are leaps and bound better and more intuitive in MOBW, but obviously my own opinion.

Yeah, the only real title is 星のカービィWii