Exactly, so why would you act like it's hypocritical when none of the people here are professional critics?

Ok so they are saying that critics won't be impressed, but they are still looking forward to it. That's fine. 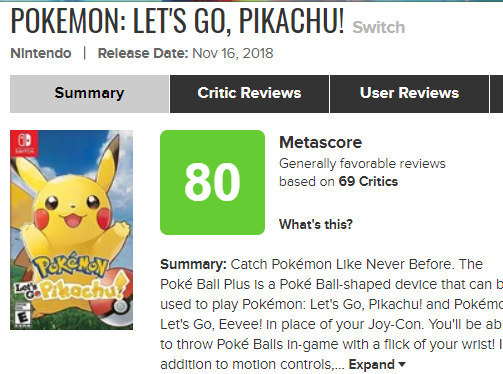 A little off topic. My apologies.

While I realize Gamespot's producers have in past times been caught encouraging its editors to give certain games higher scores to please publishers, I don't think this is a general practice of theirs, and when they got caught doing it there was a huge controversy...
But I barely read reviews anymore, anyway. I generally know what kind of games I want and a 95% on a game I don't want is as good as a 0.

Anyway, is there a core group of sources that are generally good and consistent? Any sites that actually sort these out, or allow users to customize what review sites they are looking at?

WTF I almost got both perfect, but Pokemon's dropped to 79! 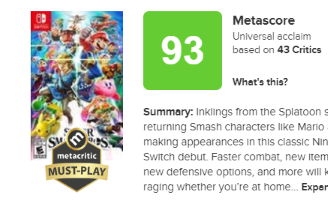 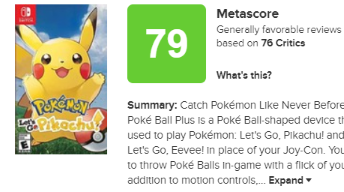 Smash has dropped to 92 - so I called that one correctly.