Forums - Politics Discussion - How Democrats Went from Opposing Illegal Immigration to Supporting it.

Here is the reason why Trump has brought this subject up now.  It really doesn't matter if he can do it or not, as you stated its a dog whistle.

Just doing news searches on the topic show me its likely over a dozen and its unlikely they catch everyone doing it. Not really look to debate it, lets just agree it happens.

Every time I see a voter fraud story it tends to be for left leaning support. Not sure how I'm missing all this republican support in the news. If true, democrats should make that known. But then democrats would have to admit it exist.

Voter IDs get attacked as voter suppression. But I noticed recently some states with voter IDs have the highest voter turn outs in the country. I really don't buy the argument that it hurts minorities, unless you're an illegal minority I guess.

Democrats wanting to give criminals voting rights is because they know criminals are among their base. They just don't want to admit their true intentions.

The debate isn't really whether or not its happening. Most agree its happening, but argue just not at a significant level.

Oh, I agree the republicans are benefitting from the caravan. It also puts the democrats in a weird position because they seem to be approving of it or ignoring it because they know independent voters generally are not happy about it. I'm not arguing the people on the caravan will vote, but it supports the narrative illegal immigration into this country is a mess.

However in local elections via the popular vote people can still vote for mayors, governors, senators, house representatives and other appointments that shape sates and the country. People actually want illegals voting in local elections and dems have been vocal about that.

Well democrats aren't jumping on this issue because they feel its an injustice. Its because they know it will help them get power. That's where it becomes egregious.

But why? Why is helping people and restoring rights to them egregious?That is like saying "This person is horrible because they gave to charity because of tax breaks". They still gave to charity and helped people, I don't really see why I should care what their reasoning is, especially when it is based solely on an assumption...

Especially when, by that logic, Republicans are just removing rights from people because they know it will help them get power.

Initially, NO.  Once they obtain a driver's license, then YES.  It's that fucking easy to vote here.

Pretty much anything that isn't against the laws of physics happens.  So it's pointless.  There's absolutely no evidence that it's a widespread issue.

In 2016, there were 4 people arrested for voter fraud.  None of them voted for Democrats.

Of course, Democrats admit voter fraud happens. If you think they don't, you're being lied to.  The argument that Democrats make is that it's so incredibly rare that fixing the problem costs more than having it go.

Voter ID Laws's aren't suppression, the problem is ensuring that those ID's are available to everyone citizen who should have the right to vote.

I didn't deny that Democrats wanted to give criminals voting rights, what I said is it has nothing to do with voter fraud.

Democrats want to give criminals voting rights, because they are citizens and should be allowed to participate. 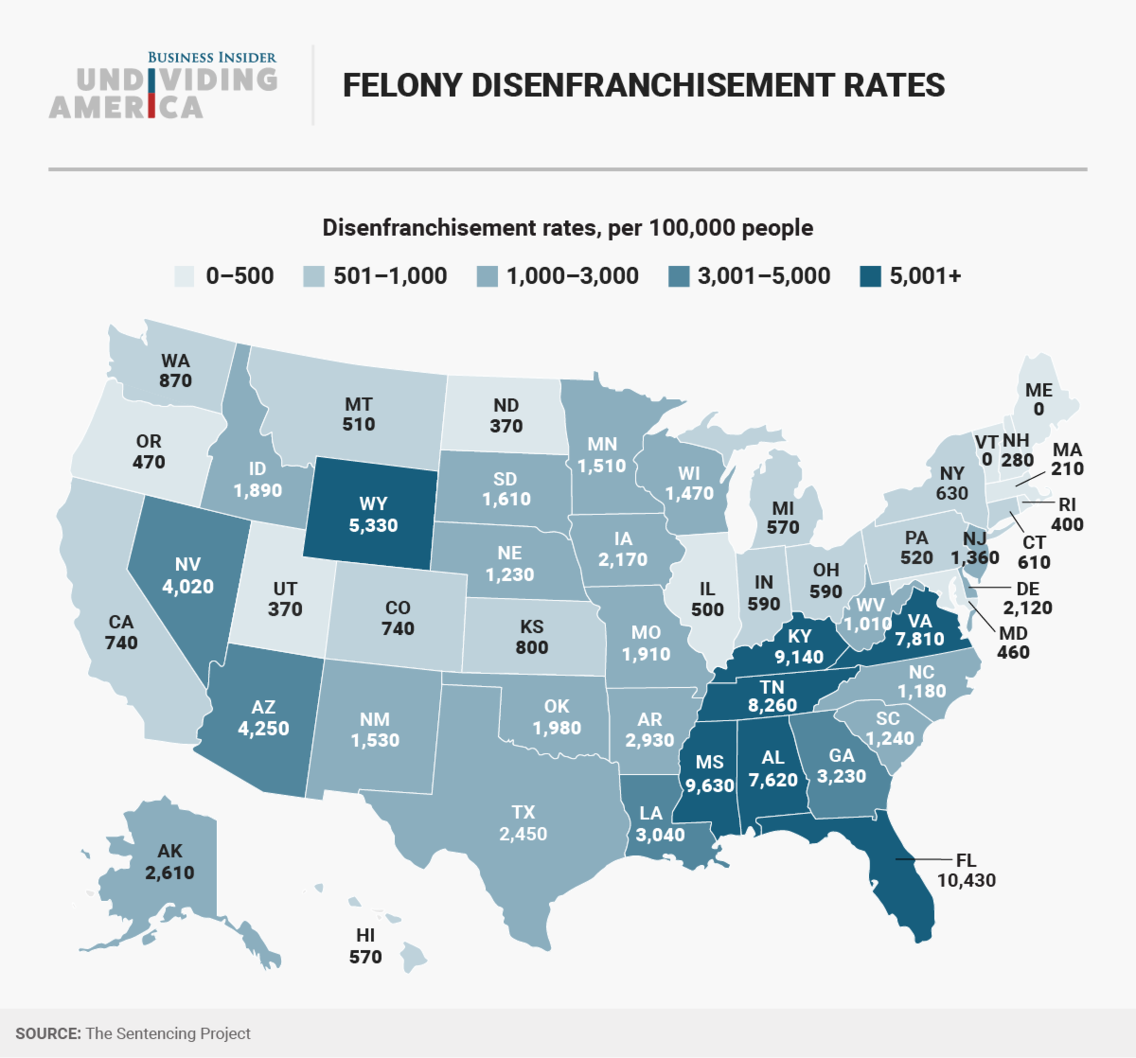 I don't think giving to charity is play to keep a party in power.

I don't think taking voting rights from criminals was a move to keep the republicans in power. Democrats also hate the electoral college because it keeps them from power, but it was never designed to keep democrats from power.