Ok ok serious now. Kanye's speech, like trump's, is just an unadulterated flow of consciousness. He doesn't have the self awareness to understand that he is talking about his daddy issues, even less to place them within an historical context. 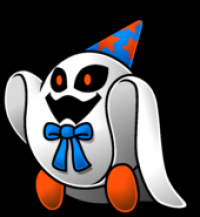 It was really uncomfortable to watch.

Adidas Yeezy is a collaboration between Adidas and Kanye where he has royalties on but Kanye doesn't own them, I highly doubt that he could produce those shoes(like Yeezy Boost 350) after the contract ends.

Also I have to say as a german, Trump is probably the worst american president for my country since, I don't know, WW2. There is no american media needed to get that.

Too bad Colbert is off this week I would have liked his take on this tonight.

I'm truly perplexed by this. Not just that fact that Kanye is in the White House, talking to Trump (who I still can't believe is president), but his speech itself. It's like, he'll say 2 nutty or incoherent things followed by one nugget of brilliance.

He still plays a big role in the Yeezy department and has managed them to move manufacturing to America.

Also Trump is not as bad as Bush Jr. I cant speak on other Presidents since i was not alive for them.

Most shootings in general happen via illegal firearms and in places with strict gun laws, Exhibit A being Chicago.

Him getting Adidas to produce his own collection in USA has nothing to do with him being able to bring any other company to produce in USA. Not sure why this is even a thing to talk about. He helps to make Adidas a lot of money with his name even with producing in USA, it's not a huge thing what he managed

If this was a movie, it would be considered stupid and unrealistic.

But here we are because the dems have leaned into wacky socialist policies.