Come on people, he's obviously mocking what he believes to be a liar. Whether she actually is isn't the point. You really think a standing president would mock a victim of assault if it was proven?

Again, I can't stress enough - In America you are INNOCENT UNTIL PROVEN GUILTY.

Without it, you have anarchy. You have mob rule over civilization and the rule of law. Without it, anyone's lives can be completely ruined at any time, by anyone, for just about anything. That's ANARCHY. And that's not a world I'd want to live in.

Think about it. Think about your job. What you do for a living. Say somebody out there with an axe to grind (who knows, maybe you got in a fight with them or something) 35 years ago comes forward and accuses you of something, and you risk losing your job because they've falsely accused you of assault, and it many believe them for mere personal/social reasons.. Is this REALLY the world you want to live in?

This isn't about Ford's accusations being credible or not, correct or not, etc., this is simply about the President of the United States lacking any sort of class whatsoever. It's simply classless to lash out against someone who may be a victim of sexual assault like this. As the Head of State and our nation's top diplomat, the President has a responsibility to at least put forth a classy facade, which Trump fails to do epicly.

The lack of class extends to both sides (Trump and the democratic politicans/celebs). To condemn one side, you need to also condemn the other.

Also, I don’t think Trump has ever portrayed himself as a classy guy (if he is, then you’re right, he sucks at it). I don’t think the people who voted for him did so because he was “classy” either.

The celebs though, they (IMO) like to put on airs when they’re the ones who absolutely lack class (by laughing at the misfortune of what could be an innocent man who’s getting his life/career/reputation destroyed by false accusations).

If you cant pursue a criminal investigation due to statutes, etc then dont come forward. Because all that will happen is that you will lob an unproveable accusation that will ruin someones life without the ability to prove it. In many of these cases woman are lobbing accusations who ARE within the statute of limitations and could pursue a criminal case, but chose not to. Instead they do a hit-n-run of throwing out accusations and disappearing without any way of verifying them. Many of them might be telling the truth, but there's no way to separate the truth from the lies when all you have is an accusation. So I'm not going to contribute to ruining someones life over any of the accusations unless proven in a court of law.

I mean, let's be honest, Kavanaugh, whether the allegations are true or not, is a total scumbag. He's an obvious shill, and his behavior up to this point is evidence of that.

Also, the "both sides" argument doesn't work anymore. The Republicans simply don't care about morality anymore. They only care about control. It's a party made up of human scum.

She took the most accurate type of polygraph exam there is, according to the former FBIgent who administered it, and she passed.
Kavanaugh did not want to take a polygraph, and claimed they're not reliable even though he previously said this: 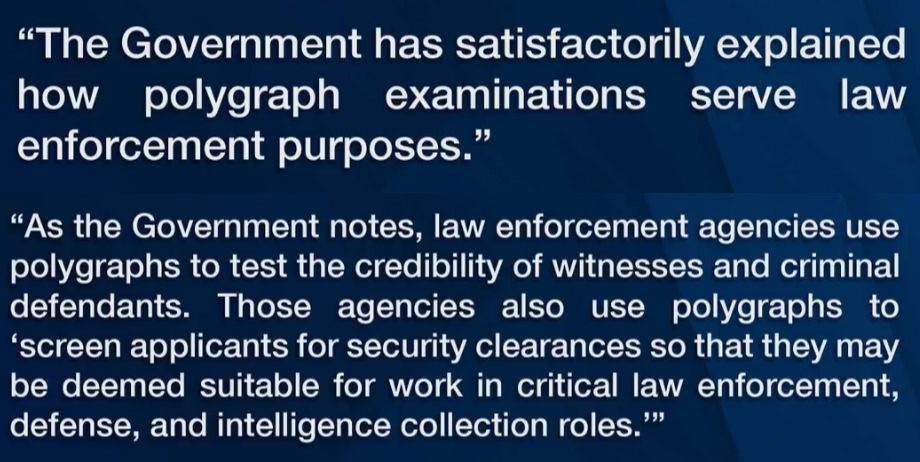 She welcomed an FBI investigation.
Kavanaugh opposed it every time he was asked.

She seemed very credible in her testimony, to the point where the GOP and Trump said so themselves. Honest about things she could and could not remember. (A liar usually tends to make up all the details.)
He obviously lied under oath several times. About the meaning of "devil's triangle", "boof, "Renate alumni", etc.
And many of his classmates, some of whom originally supported him, came out and said that he wasn't telling the truth.
Add to the fact that he had a meltdown, screaming and crying.

Yeah, who to believe? The guy who threw a tantrum, dodged tons of questions/lied under oath, didn't want to take a polygraph test and opposed an FBI investigation?
Or the person who did the opposite?

I dunno guys, this one is very tough to decide on.

Anyway, none of what Trump said is unusual for him, nor his supporters applauding and cheering.
He's the guy who made fun of a disabled man's disability. It's not news that Trump isn't a good person.
And in their defense, they are told to cheer and be enthusiastic. Though I'm sure most of them would anyway.

But that argument only holds if you are not the victim. If the person has attempted to rape you, you should ALWAYS come forward regardless of how much time has passed. It is irrelevant if the person's life in that case is destroyed since the most important thing is to investigate and see if your case can be proved. Time is irrelevant.

2. Many of these women don't pursue an investigation. They just throw out accusations on social media or elsewhere and call it a day. The mans life is destroyed with zero proof.

1 You can still investigate, just not convict. And a victim doesn't take statue of limitations into consideration, they often times just want to put it behind them until something reminds them of what happened. Imagine this scenario: you were raped as a woman by a guy 30 years ago and the statue of limitations has passed. Now it turns out that the company at which you work is in the process of hiring the same guy that raped you 30 years ago. How do you deal with it?

2 I agree, many women throw out allegations in a way that actually also damage themselves and doesn't help the process. But that is a product of the society we live in, just look at how the President tweets all kinds of uncorraborated statements constantly. He too is a product of a society that doesn't teach us how to go about things resonsibly anymore. But I wouldn't count on Kavanaughs life being destroyed, he will be elected as a supreme Court judge and his friends and family won't punish him for this.

Whether you think he is a shill or a scumbag, the guy does not deserve to have his reputation/life/career/family destroyed by what could be false allegations. And any group/persons that would try and destroy a man using these tactics (and the people making fun on him if these accusations were false) are far worse scum than he would ever be as a “shill”. There is no excusing that. Of course, if he is guilty, then I hope he gets prosecuted to the fullest extent of the law. Til then, the celebs making fun of Kav are no better than Trump (IMO worse than).

How in the heck does the “both sides” argument not work anymore? Both sides are made up of human scum, both sides only care about control. That’s what politicans are. And in this specific moment, both sides were scummy. Trump and the democrat politicians/celebs. We need to recognize the truth of both sides if we are to stay intellectually honest.

Although, to be honest, IMO the democrats politicans are way ahead in the scum department in this very instance (as they have tried to ruin a man’s life using lies at worst and at best, betrayed the trust/wishes of a sexual harassment victim in order to use her as a political weapon).