Forums - Gaming Discussion - When consoles are retired and enter their golden years.

Brilliant. FFVI was a great game but FFVII IMO is the Pinnacle of the series.

I agree 100%. It should also be noted that FFVII is still the best selling title in the franchise, and last time I checked - still has the record for best selling OST of all time.

Though that can't be confirmed as nobody really tracks those statistics.

Really?. I sometimes play PS1 games and PS2 on an HD TV. It doesn't look that bad to me but I guess I can understand your point.

Oh man...I was nodding my head at your entire comment until you said you dislike VIII. I absolutely love VIII. I can definitely concede that the story has many flaws and the draw system is kinda annoying and broken but for me, there are SO MANY things to like and even love. The way you increase your stats with magic and tinker with them until you have the best possible set for each character feels so rewarding. The card game could easily be a game on its own, addictive and simple yet deep. The graphics still look quite freaking good for a 19-year old game. The OST is my favorite OST of all time with amazing music for battles, romance, comedy and even a bit of horror-feel to it. I also love the characters a lot even though the narrative gets broken in the later half of the game, their interactions and the main romance sold me completely.

To each his own and obviously we are all entitled to our own opinions but I just felt like saying all of that. I adore that game.

I played MGS for PS1 and I was thrilled. It's truly extraordinary even today in my opinion.

Between PS1 and N64, PS1 aged much better. Besides Mario 64 and Ocarina, I guess I wouldn't play anything from n64 today, not even 10 years ago.

I happened to agree on FFVIII being a dark sheep in the line up between FF6-FF10. FF8 had a mundane plot surrounded by wonderful production values *spoiler alert* The crew had no memory of their childhood because they equipped GFs? Seriously? I played the game in 1999 right when it came out. I actually missed school while playing it, so it wasn't bad. Every entry from FFVI to X is a 9.0 to 10.0 type of game.FFVIII which I thought was a solid 8 had other things I disliked. The junction system and enemies leveling up with you  weren't things that hit it big with me. I actually enjoyed the card game, as you could get powerful items from the best cards.

1. The same could be said for Goldeneye. How satisfying was it to beat all the times, and unlock the Aztec temple to fight Jaws? I still wouldn't recommend it to anybody today, and couldn't play it again.

2. I'll take your OST, and trade you for the terrible voice acting in the original. :P

3. There's still a version on the GameCube that may not be a total graphical overhaul, but at least it doesn't have the jumping jaggies of the PS1 version. N64 version also has this upside.

4. IMO most PS1 games shooting for photo-realism didn't age well at all. Same goes for N64 games that did the same thing like Perfect Dark, or Goldeneye. Case in point look at Snake's pixel soup of a face. 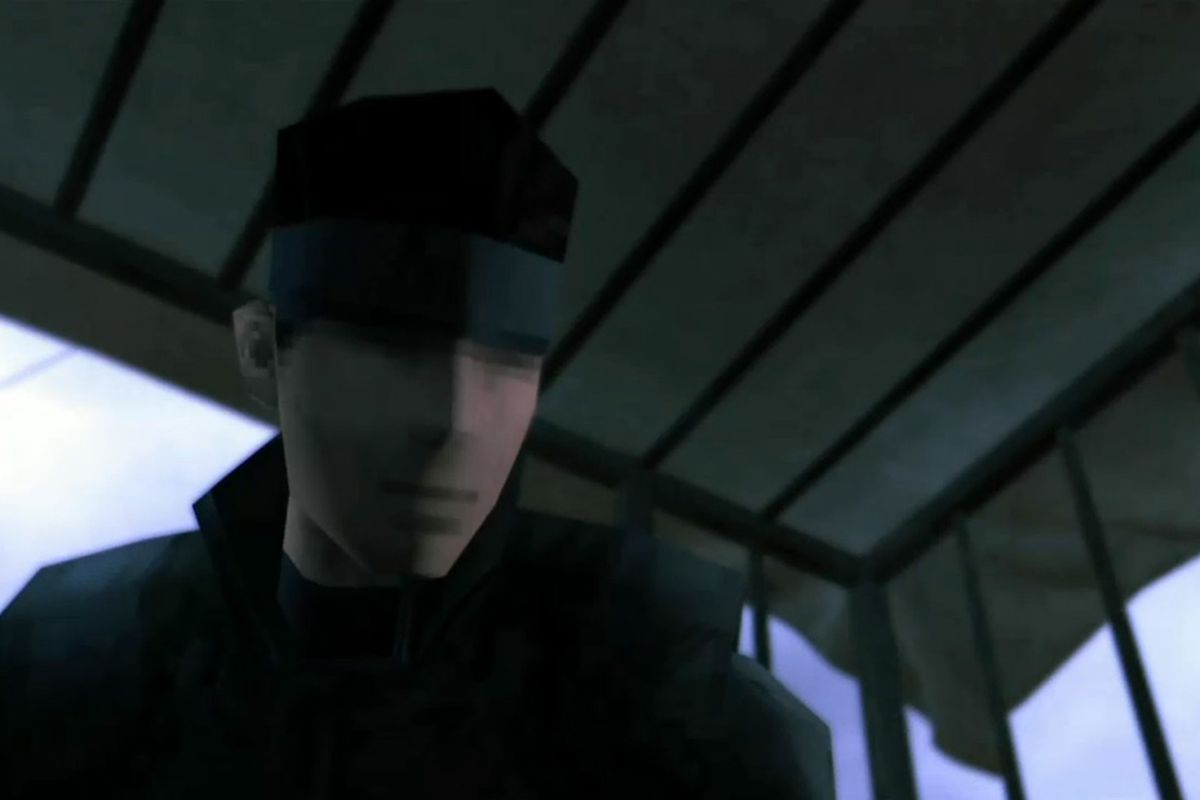 The guy has zero features. He looks like a manniquin. This isn't even as bad as it gets, because the PS1 had almost no anti-aliasing, and it never rendered the same at any given frame. The result is that when actually playing the game his face looks like a constantly shifting group of pixels.

6. I'll just hold my opinion on the Tekken series until I really get a chance to dive into it. I didn't like it back in the day, but that's may have been because it was so different from 2D fighters.

I have a lot of games, but I'll definitely pick up Parasite Eve and both Dino Crisis games.

I agree 100% that PS1 has aged better than N64. Both Zelda games are on 3DS now with huge updates. Starfox and SM64 are both on a handheld now. Turok, Goldeneye, and Perfect Dark are all completely outdated. Mario Kart is still fun, but the current MK game outshines it in every way. Same goes for Smash. Conker, Banjo, and Paper Mario are still great. But PS1 has a ton of games that are still fun IMO.

Golden Years of a console are dead since the GCN/PS2 era.

Too many day one patches and downloads now. Come 20 years from now we will all have a collection of broken or incomplete games lol

Nah, those update files will be floating around the internet in 20 years. Plus, you can just back them up to an external drive.

Yeah, I feel you.

Seriously, though, I guess all of the greatest games will always be remade and re-released. Games like Ocarina of Time, Metal Gear Solid franchise and others will always be available somehow.