Seems like they are using what has worked so well for the Left, now.

And he didn't delete them til recently. Must have not upset him too much.

Yea, really bad. The guy was obsessed with rape and pedophilia. He even linked a vid of underage girls "touching themselves." There was no joke included, just the link. He talked about walking around with a chub in front of a young girl to seem impressive.

Don't get me wrong, I have a dark sense of humor and enjoy off-color jokes, but this definitely crosses the line. Now, if he crossed the line every now and then, okay, but this obsession just sends warning bells off in my head.

He also decided to jump into the SW defending, for some unknown reason. Stating that people who complain about the new SW films need therapy. I think someone who read his tweets at the time would say the same about him.

If it was a joke and was before he was even with Disney, i don't see why they had to fire him. When people are looking for their break they will say outrageous things to be noticed in showbiz.

They are in bad taste by today's standards, but i do think this was unnecessary.

He spilled the beans and put the spotlight on Hollywood, that is why he was removed so fast 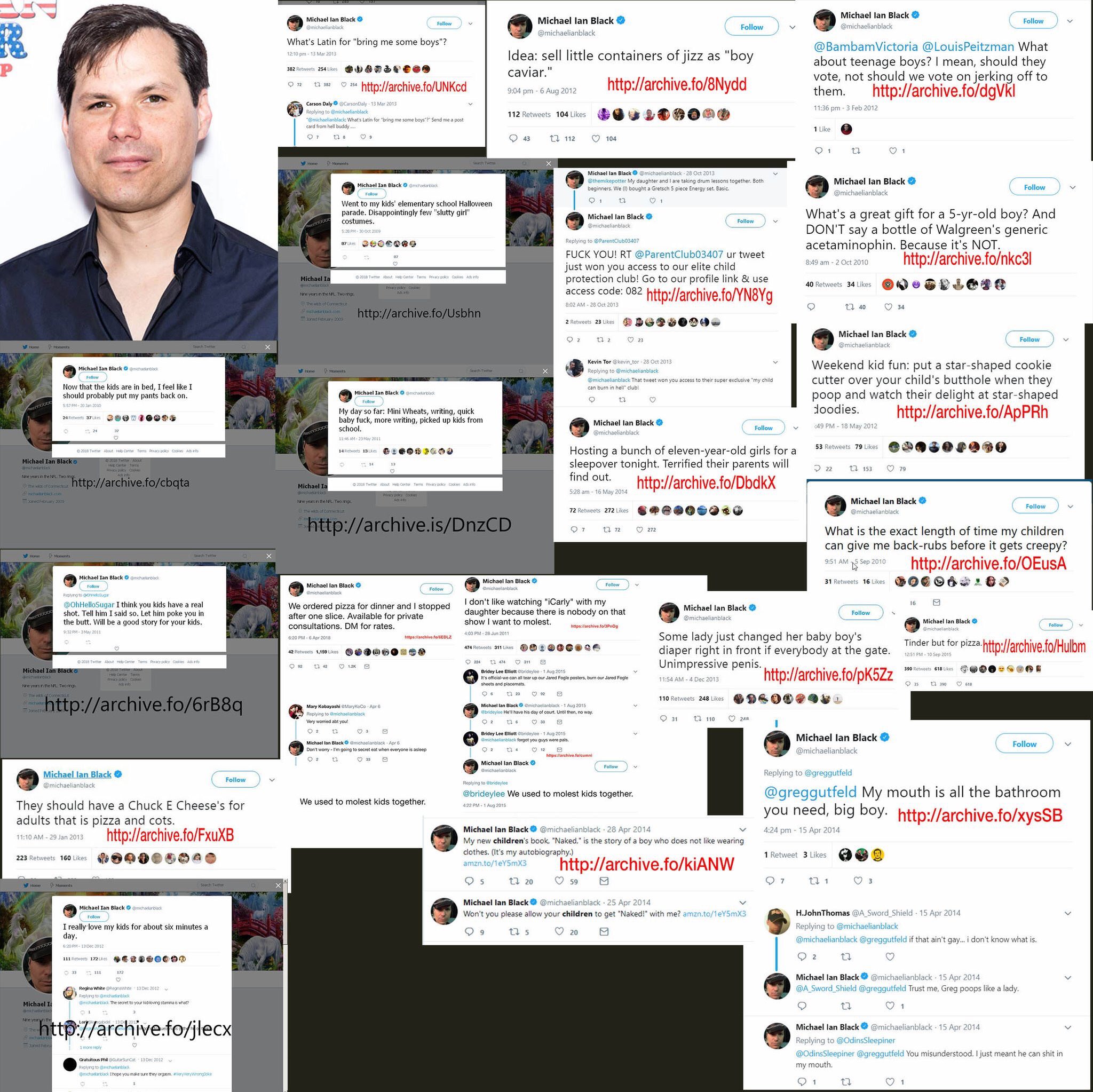 I'm trying to think of "the Left" (like that's any help in narrowing it down) digging up decade old tweets to discredit someone.
If I try and remember situations where people were fired, I think of tweets they made and behaviour they held, and never apologized for, at the moment of firing.
e.g. People were angry at Roseanne for pushing conspiracy theories, shitty behaviour -> Disney hired her -> she made an openly racist tweet -> she got fired and had to apologize --> "I thought the BITCH was white!!"
Here it's:
People were angry at James Gunn for pedo jokes -> He apologized and STOPPED -> Disney hired him -> He made two movies for them -> He was outspoken about not liking Trump -> People angry at him for the previous points dug the tweets -> He apologized again -> Disney fired him

Really these situations are always thorny. With companies PR involved the discussion always follow some internal decisions we aren't, and probably never will, be privy to.
Some people's concerns are indeed legitimate and worth taking into considerations, but you're also talking with companies whose main concern is PR, which often lacks nuance.

However looking at this it is foolish to suggest that anyone was concerned.
It is quite obviously pushed by people trying to silence him because of his politics, not his tweets; you didn't even try to counter me on that because you can't.
"They did it first" is an excuse that would get thrown out of any respectable kindergarten, but it's the best you can come up with.

What the f**k those jokes are beyond OTT and the dumb idiot went and posted them on the most public platform.

While I doubt I've said anything nearly that bad, I know I've said some horrible things on this site and some bad things on Twitter in order to get a reaction. It's scary because that stuff is there forever. It doesn't change, even if your attitude or society's tolerance changes.

The tweets are too numerous and too offensive to ignore, in this particular case the firing is completely justified.

After Star Wars, now Marvel has to force the political correctness of Disney.

Damn it double post. Anyway I doubt whether it is just to fire someone because of its past. Yeah hé maked a bunch of insensitive tweets. But oddly nobody checked that before they hired him. I am sure Disney knew them from the beginning.

I think what gets me the most about this is the hypocrisy. Gunn was definitely a dude who liked to provoke and press taboos, so Disney really should have known better in the first place. Plus, it's clear he has changed since then and it's been 7-10 years. The hypocrisy comes in when I mention 'song of the south'. The Disney Corporation has never exactly been a pinnacle of morality and timeless values so to assume it's okay to bury THEIR past but it's not okay for the directors they work with to bury their pasts is hypocritical.

Had he made these tweets in even the last four years (since the first Guardians came out), I'd shrug and say yeah, let him go. Those tweets were terrible, in bad taste and not funny no matter who you are. But 10 years? A lot happens in 10 years. Hell, I'm a much, much better person than I was 10 years ago and I wasn't making jokes about pedophilia back then.

Either way, this does upset me for many reasons. The hypocrisy stinks, I hate that, apparently, it was some conservative watchdog targetting him for being critical of the right. Modern outrage culture is the worst, and I'm sick of companies severing ties with someone because they did a bad thing in the past.

I mean, not to make it political, but apparently Hollywood is more discerning than American politics. Trump does shit like this all the time and you still elected him yet James Gunn makes some horribly offensive tweets in a failed attempt at humor ten years ago and he loses his job? Yeah, not sure what to make of that.