Forget it...like Trump said himself, those sheepl are still going to defend him when he shoots someone in the streets.

Actually a lot of republicans are beating that horse too now.

Seriously broken record would burn out by now this is beyond that lol.

Unless Russia sent millions of its citizens into the US to vote on behalf of others there is nothing illegal here.

Hell when I message my wife about maybe we shoudl have pizza for dinner on facebook and suddenly their is about 10 local pizza ads around me on my facebook account doesn't mean I have to use one of them lol. NOW THAT IS MORE SCARY THAT YOUR PM CONVERSATIONS CONVERT TO ADS.

They will keep crying until Trump term ends. Not rep nor dem, I'm libertarian, and this whole left mental meltdown since 2016 when it was announced Trump won is ridiculous.

Republicans were more anti-Trump than Democrats. What's your point?

When Trump was beating Republicans, Republicans claimed he was a Hillary Clinton puppet.

Why would Bill Clinton ask Trump to run in early 2015 if he were a Russian puppet? Why were Democrats so giddy that Trump was going to run? Why was everyone so confident he wouldn't even last a month? 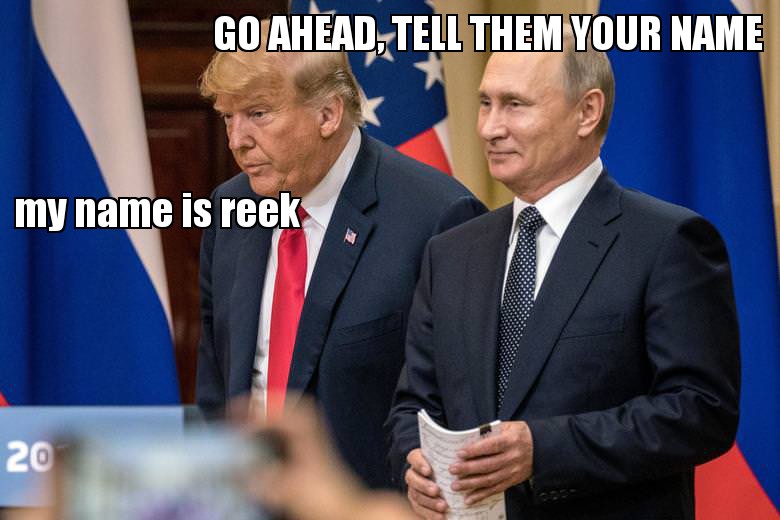 When Mitt Romney said Russia was our number 1 geopolitical foe, how did you react?

Fairly obvious at this point Russia has dirt on Trump/Trump org and he has to sing and dance for them.

Obama was more pro-Russia than Trump was though. Obama gave in to EVERY Russian/Putin demand. So hearing your tough talk on Russia is almost a parody.

Remember before the election you told Trump to accept the results of the election? That's when you thought you'd win.