Forums - Website Topics - So, VGChartz was actually mentioned in other places!! 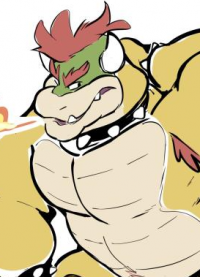 Out of curiosity, what exactly do you mean by this? Acknowledging that gay people exist needs to be fought against? Not really understanding the commentary here.

It's still safe. Consider this—many threads here aren't locked. Why? Despite a chunk of them being controversial, they don't get to a point where a lock is inevitable. We lock threads that are headed South, not strictly due to the material discussed. Had that been the case, we would have locked it just after Submission. We watched as it progressed, saw where it was headed, and decided to lock it before it got worse. My fault in it? I could have worded it better, but the lock was coming regardless of the wording. It was just that kind of thread.

As for the Era comparisons, again, we've been compared to them before. We've received plenty of hate over the years as well, of course due to our tracking of sales. Yet, we keep to what we do. Look at the situation in its entirety. We shouldn't fret over the opinion of a website that obviously allows the most toxic of people to comment on their articles.

Lastly, I must ask, what exactly are you glad to see people pushing back against?

See, I read the thread title and mistakenly assumed it was good news... turns out it's over something extremely petty and is taken completely out of context anyway. Some of those comments are disgusting too, lol.

Best thing to do? Fuck 'em. We're doing fine as is, and as the annoying yet appropriate saying goes; Haters gonna' hate.

I'm curious to know why you're glad people are pushing back against the kiss from the TLOU2 E3 trailer. Are you against it just on the basis that it's two lesbians kissing or something else?

And about the term, "SJW", this is only me speaking for myself, but I'll put it out here. There are people who when they say "SJW", they mean progressive authoritarians and they definitely exist. On the other hand, there are people who just shout "SJW" whenever they read or hear an opinion that they disagree with, making them no different from the SJW's they criticize. We don't like the latter.

Saying VGC moderation is similar to ResetEra moderation is just plain silly. There is absolutely no similarities between the site. On that site saying anything that the community doesn't agree with, you get permabanned. Any single person in that thread that agreed with the person in video would have gotten a straight permaban at resetera. Look at what we did, we let the discussion continue and only took action when the thread was starting to turn hostile. We have no intention to censor opinions at VGC, if we did that thread would have been closed the minute we saw it.

Somebody really wrote an article about that? Good grief... what a waste of time...

Indeed, but y'know... this is the internet, lol :P

At no given moment in my life did I say this website is turning into ResetEra, unless you are just adding to what I'm saying (I seriously hope this is the scenario), I see what you're saying and know you speak the truth, and nothing but the truth.  If you seriously think I saying this site is turning into ResetEra, then I beg this discussion go no further because it will be just a waste of time that would be much better spent making fun of ResetEra for their terrible moderation.

vgchartz used to occasionally get mentioned by a youtube show on machinima called Inside Gaming Daily.