Okay, in the last days of January they fixed the December data a bit. And the January data seems to be back on track according to trends of the former months.

I'm happy to see that both Polaris and Navi seem to sell quite well:

Unreal engine 4 and Unity already support it and other popular engines will follow this year. 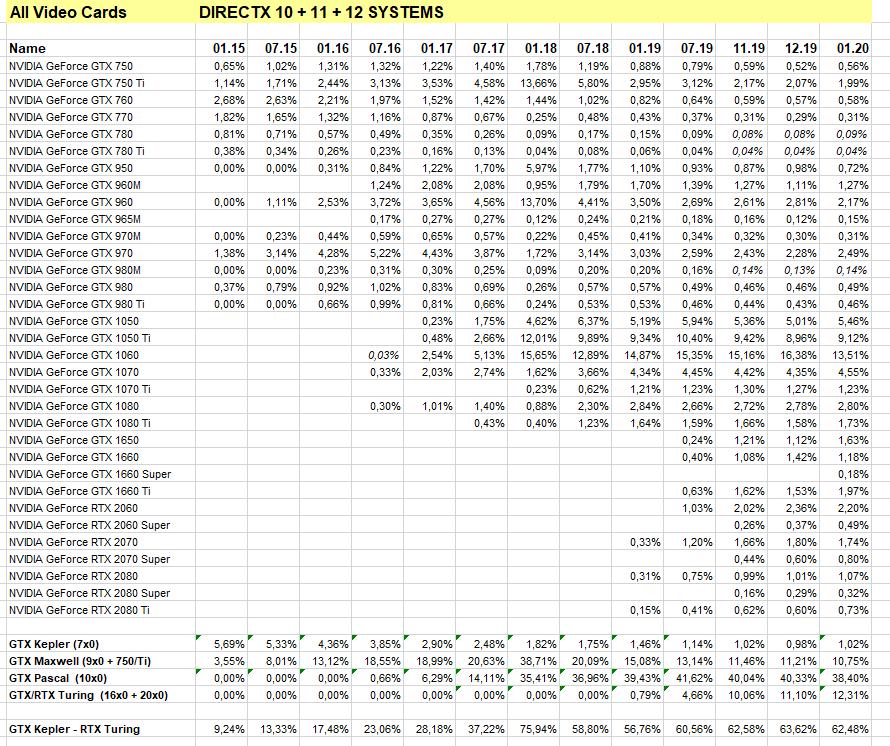 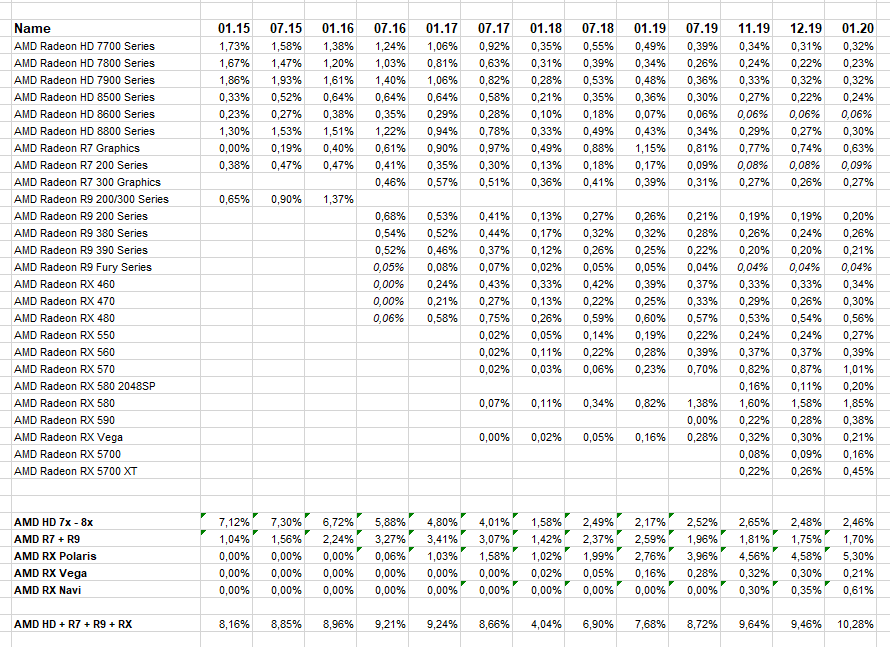 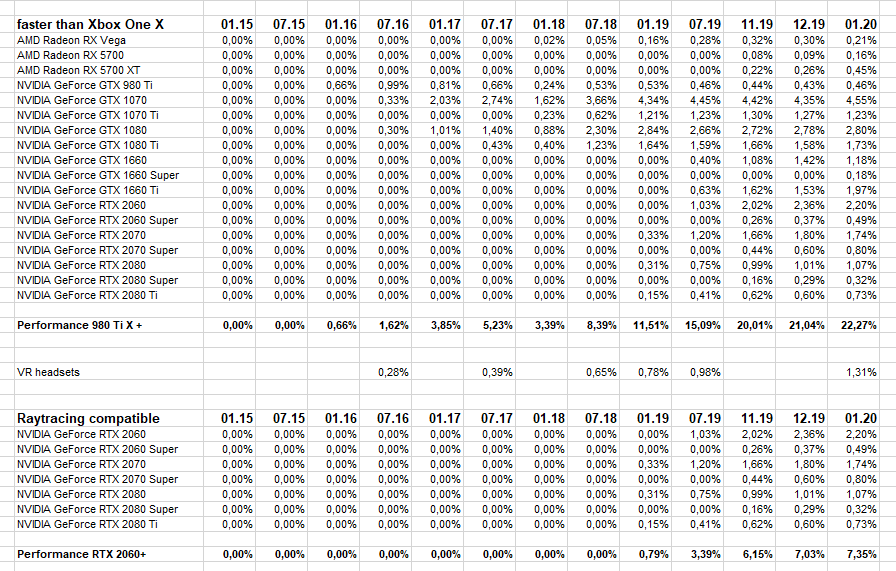 One point in your Data seems wrong though: I checked the  GPU numbers, and AMD RX Vega shows up there with 0.68%, a plus of 0.10% compared to the previous month. Is your data wrong or am I mixing up the APUs with the GPUs here?

I only count dedicated GPUs suited for gaming, so no APUs from Intel or AMD and no Geforce GT-models or MX-models.

This is the one time I actually decided to opt into the Steam HW survey, only a few days ago when they asked. I'll be adding to the 16gb RAM and 1080ti pool.

1.29% of the surveyed Steam PCs had a VR headset connected (probably a lot of compatible Oculus Quests weren't connected), 11% of them are Valve Index HMDs. 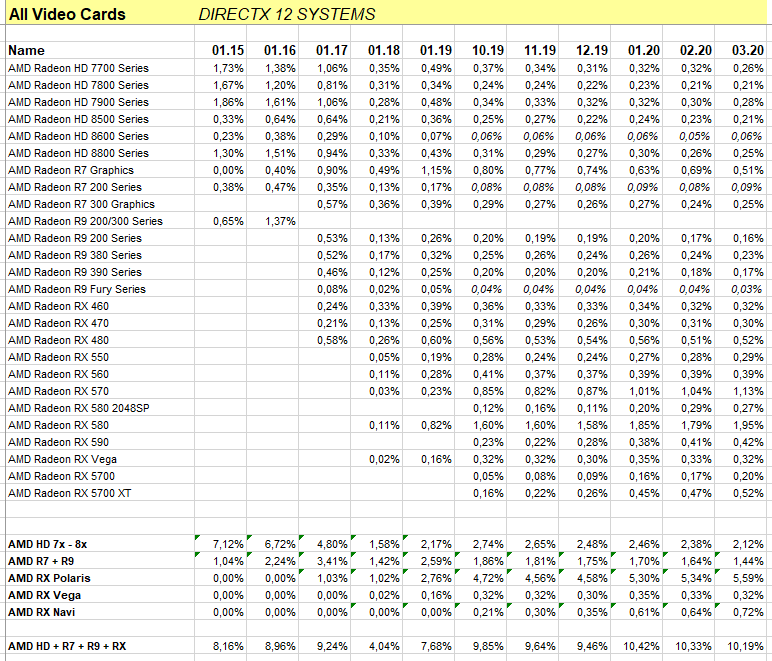 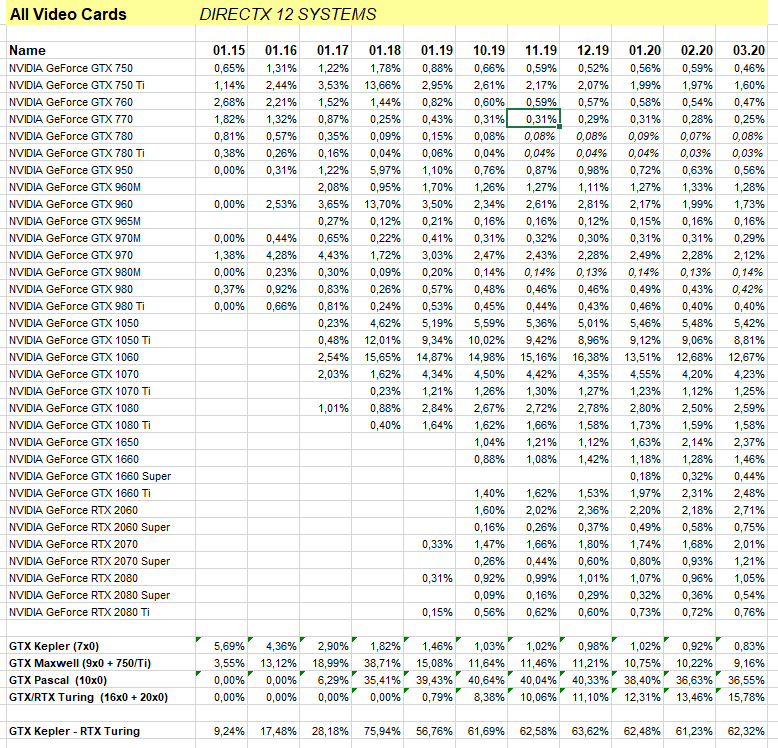 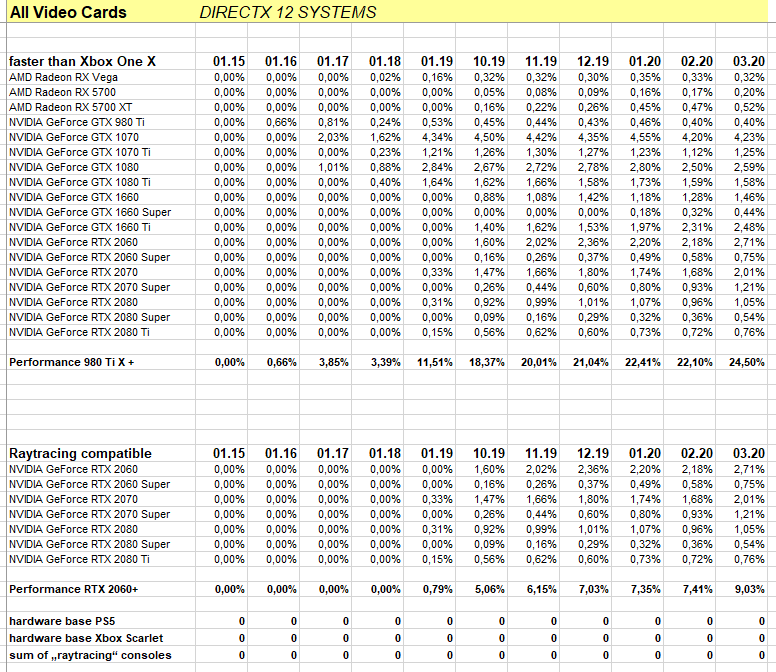 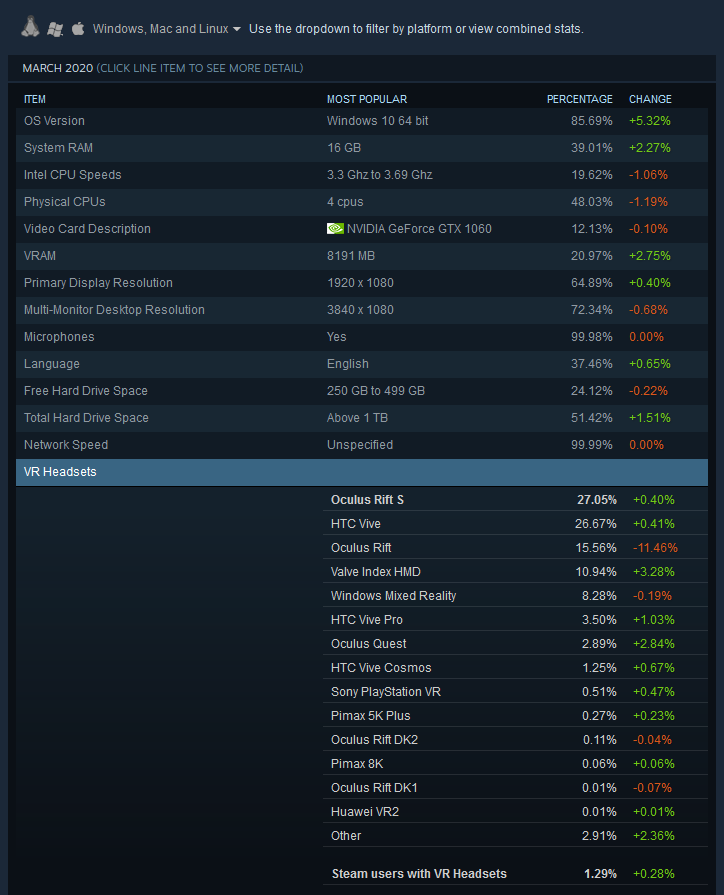 I'm surprised how popular the Index HMD is, but I'm sure giving away Half Life: Alyx has something to do with that.

That was poorly worded from my side. What I meant to say is that for hardcore Half Life fans that have been waiting for years for a new game, I'm sure it was an added bonus that made them finally cave in and buy the VR helmet.

Also, and on another note, Guru3D noticed that, against all odds, Intel processors have raised in the survey and have a theory about why it's that: