Nice to also have some information about CPUs with the Oculus store, wish Steam would also list the models, not just clockrates. 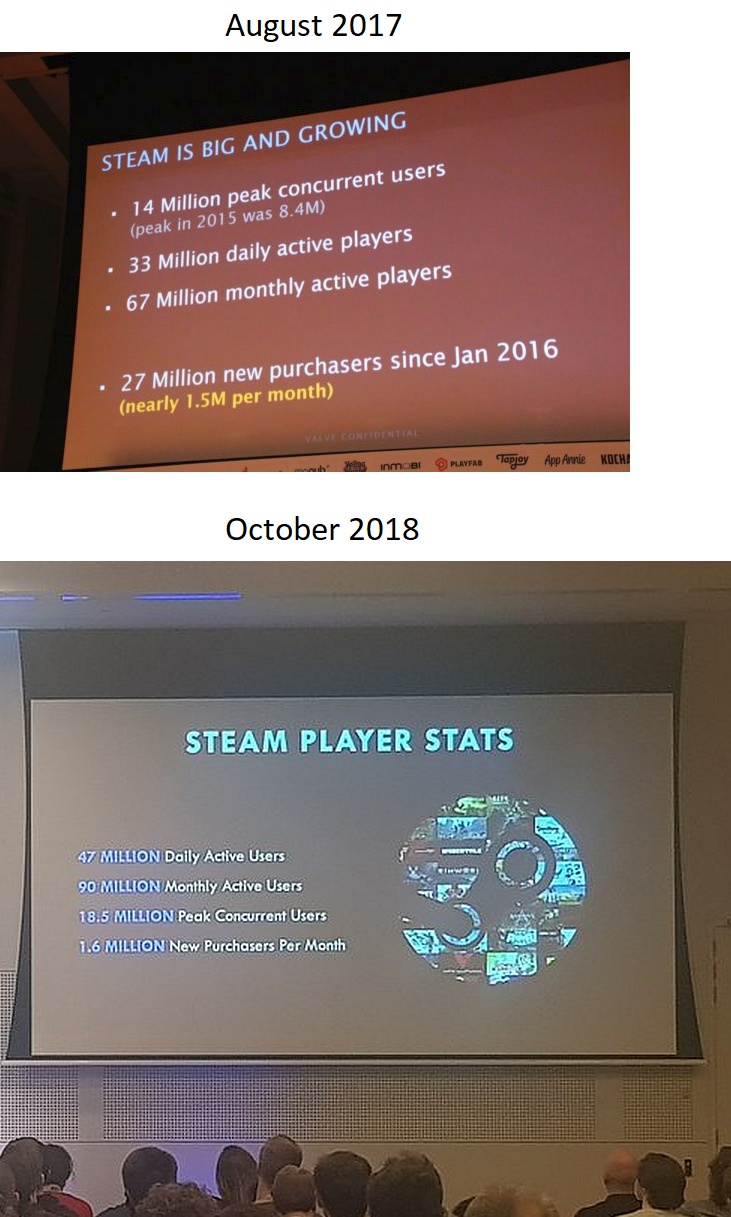 That's quite the jump from last year

Steam will still live on without an overpriced Activision port as well as a buggy mess of a Bethesda game. 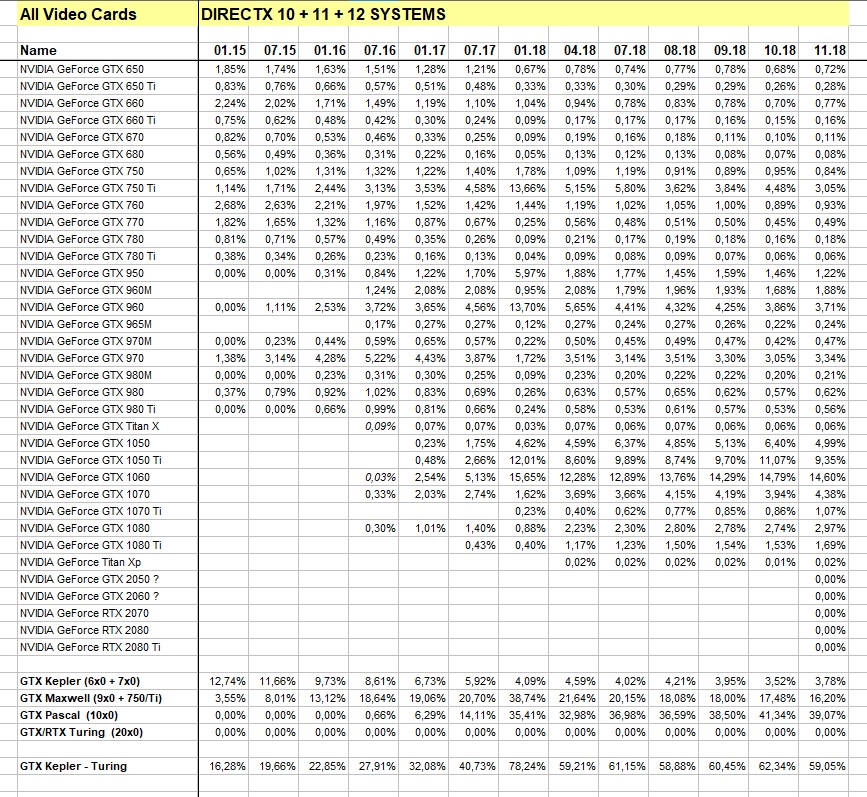 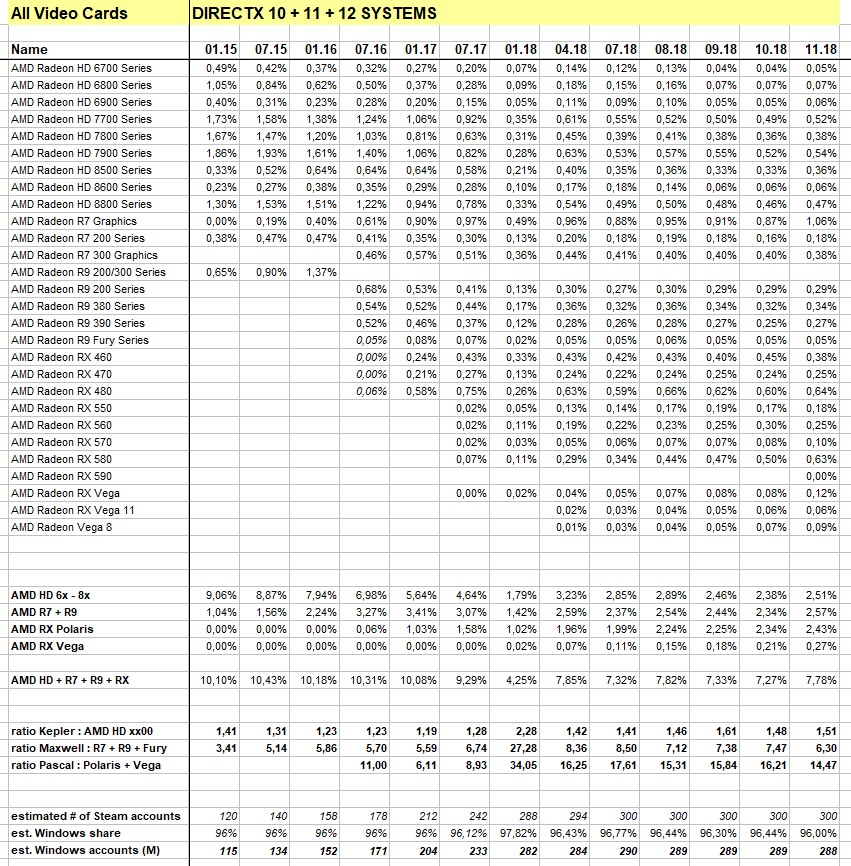 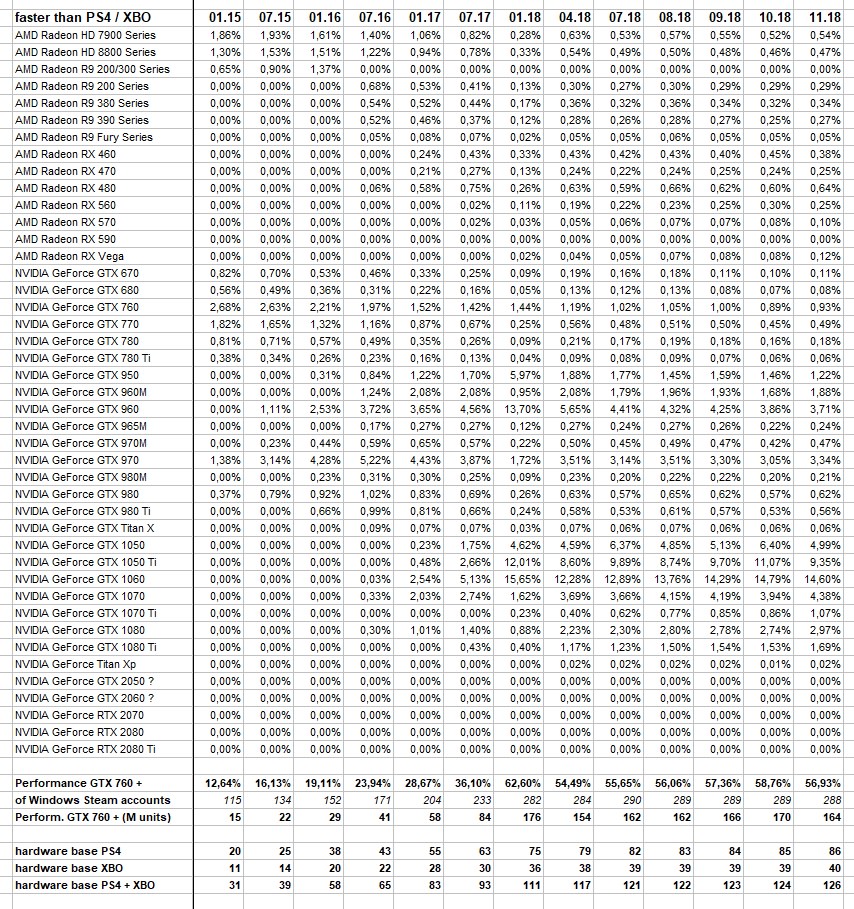 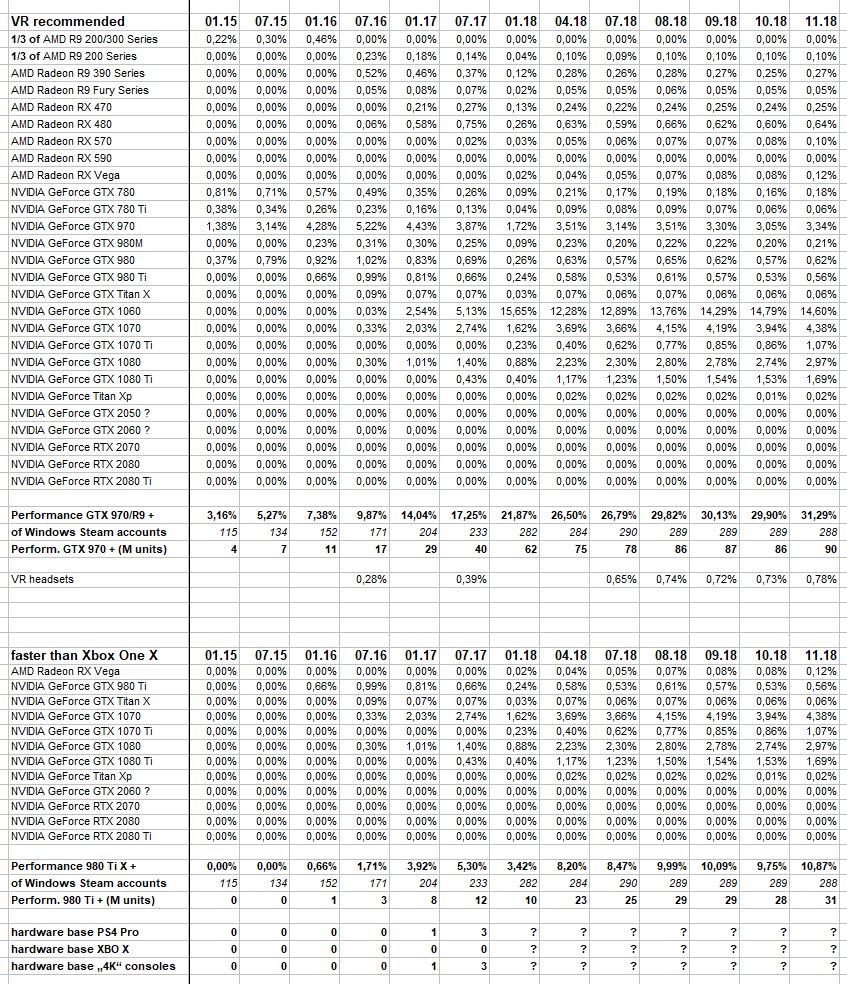 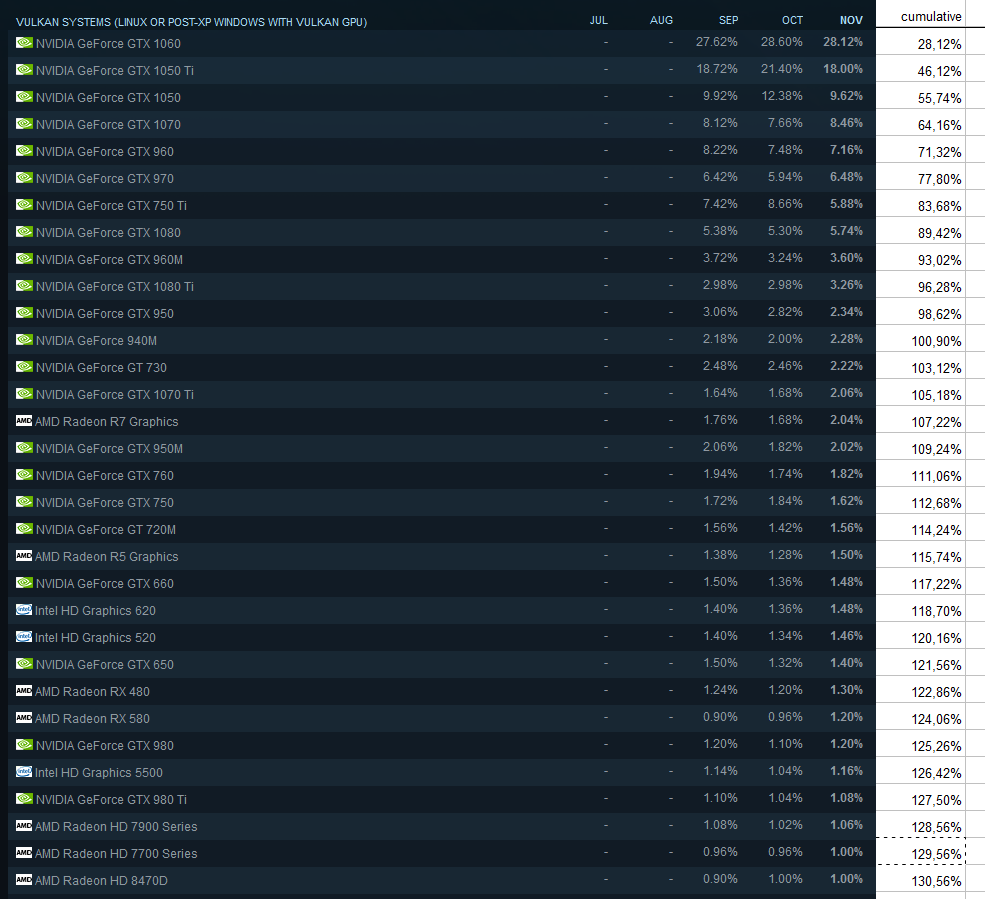 For the Vulcan stat, I think Steam counted in some cases both GPU and the iGPU/APU. However, that's not enough to get down to 100%, and I doubt there are enough SLI systems to account for the rest.

Also, seems like some systems stay unaccounted yet, like anything with an Ryzen 7 2700U, which uses a Vega 10 - unless it's counted towards the generic RX Vega (but why seperate Vega 8 and Vega 11 then?)

Edit: Big jump for AMD. While I do think part of it is correcting out the Internet Cafés, it also shows that AMD is getting increasingly popular and that the high prices from Intel are hurting them already pretty hard. 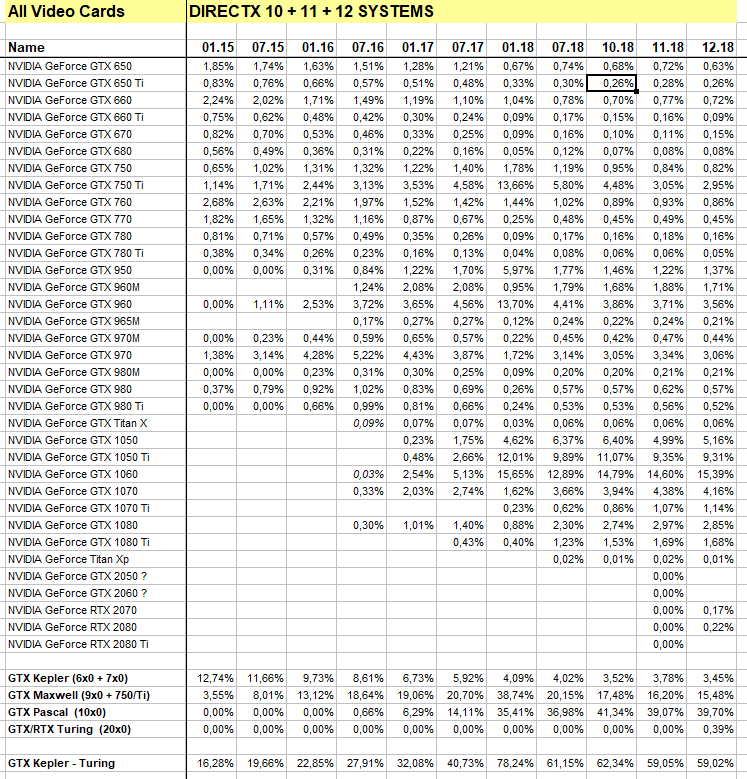 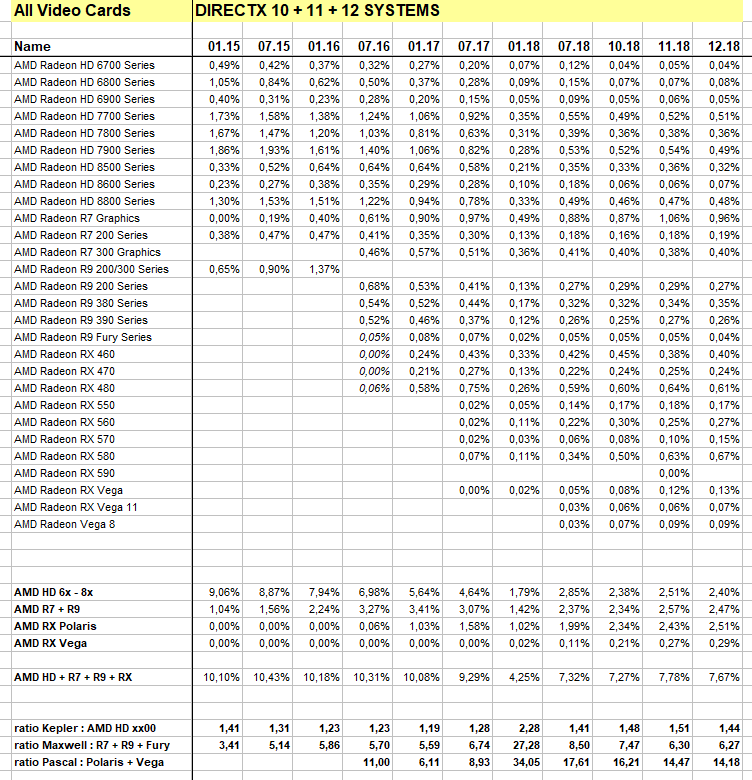 The earliest launch of the 2080 over the 2070 has allowed it to have a slightly bigger percentage that will probably lose in the following months.

What will also be interesting to see is if these new Nvidia cards become as popular as the previous ones, given the higher price.

I wonder what's up at Steam, looking at the January 2019 GPU charts at the DX distribution:

How come those age-old GPUs are constantly getting a larger market share month ofter month despite being out of sale for almost 15 years now.

I honestly have no idea how to interpret Steam hardware data and at this point ... I don't even try. Lol.