They realized the best way to make money would be to monetize the sexuality of the game.

There are also moves that are safe, and even advantageous, on block. When a move is advantageous on block, it can result in the situation you described in bold.

But a few things about that.
Safe, and especially advantageous moves tend to have drawbacks such as bigger pushback (pushes the opponent further away when they block or even when they get hit so that it can't be repeated too many times), shorter range, lower power, combo potential, etc. While the unsafe moves tend to have the biggest payoffs in return for the greater risk.

Generally in games like Dead or Alive and Tekken that have very long movelists, the vast majority of moves are negative on block. I'll show you an example from Jin Kazama's movelist in Tekken 7 to paint you a picture.

Only the highlighted moves are advantageous (+) on block. 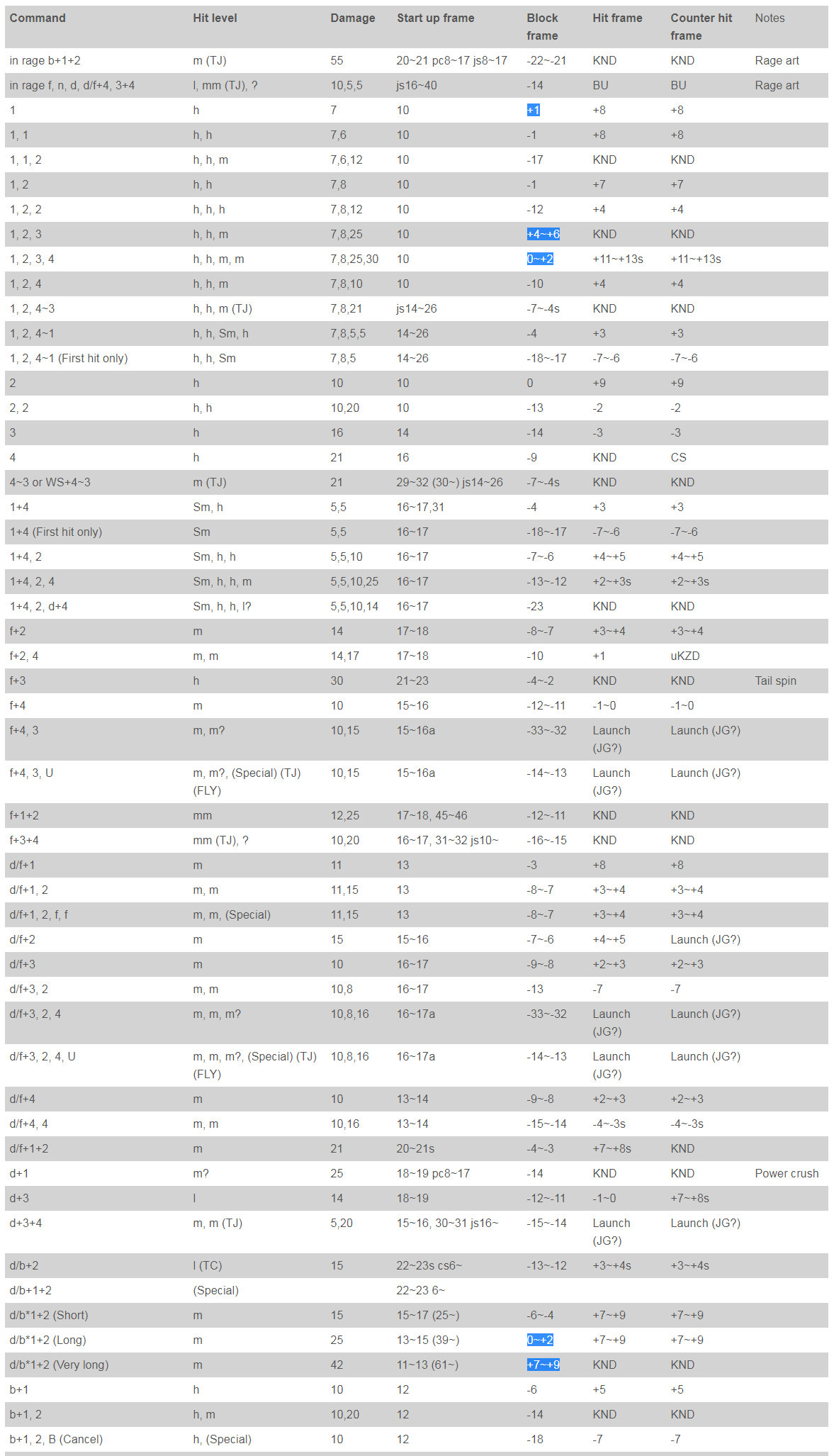 This isn't even half his movelist, but you get the picture.

Anything that is -10 or worse (-10, -11, -12, and so on) is punishable. Meaning the opponent is guaranteed to be able to hit you if they block it. (Because the fastest moves in Tekken have a 10 frame startup time.)
And as you can see a lot of moves are negative 10 or worse on block.
At first glance you may think these moves are worthless, and that you should never or barely ever use them. But they all generally have their use.

Fighting games are a bit like RPG's in that you have to know when it's your turn to attack. And just because you blocked an attack that's + on block doesn't necessarily mean that if you both push a button, you'll be the one getting hit. It depends on the speed of the attacks you both chose. How fast they come out, so to speak.
Some characters have faster moves than others.
Another layer to this is that there are moves that can "crush" other moves. These are generally referred to as reversals, and can break the "wait for your turn" rule because they will be invincible to particular attacks.

For example, if my opponent does a low kick and I block it, and that move is advantageous on block and he throws out the same low kick again, if I chose to do a hop-kick, even if my move comes out too slow, I will still beat his move because a hop-kick has lower-body invincibility, so the opponent's low kick will just pass right through me, and then he will get hit by my kick.
A famous reversal move most people are probably familiar with are Ryu and Ken's Shoryuken from Street Fighter. The uppercut/dragon punch. That one traditionally has full body invincibility immediately. But the risk with that move is that if it misses, you're open to get punished by the most damaging combos in the game.

this will be a few hours of fun, like the rest. i always really liked the environments in these games.

Seriously, this. This is a loss for gamers, it's letting the gaming public know that the SJWs (read: terrorists) have won and we're gonna see more of this pandering/censorship bleed over into other games, guar-damn-tee it. If DoA, the series most notorious for creating waifu content isn't safe from SJW/PC pandering, then no game is safe.

No sexy outfits, no buy.

How can we let our favorite devs stop themselfs from SJW pandering ? I hope Rockstar ,Ubisoft and others learn that the gamers voices are louder than the SJW's

The weird thing is, it's all about voting with the wallet at the end of the day, and no protesting SJW would ever be interested in buying this game even if every fighter featured was a non specifically gendered rock.

All this can do is potentially cost them sales from people who would buy Dead or Alive for what the game series is known for, it's always said to be far easier to retain a customer than win over a new person to your product, it's marketing 101.

Fairly sure I won't be buying it anyways as can be seen in my Sig which features 4 versions of Street fighter in my latest played games... and USF4 is my last played game on Steam I think lol.

Did enjoy the Vita Version of ... I want to say DoA5 though, and the 3ds had a good port very early in that systems life, so I'm not against DoA but if I buy one I know what I'm getting it for.

I'm surprised Tecmo Koei still has money. Dead or Alive 5, it's many iterations and Ninja Gaiden 3 were flops.

up and down in DoA walks into the background or foreground, only diagonally up/forward/back jumps, there's quite a lot of movement and fighting in 3d in the games, when it comes to stages as well a lot of them feature hazards where you will want to navigate your character away from and line up your rival to get them caught there or knocked off certain points.