Funny thing is, if Trump is pulling back from that 'deal', then why should he give a damn shit about any treaty with North Korea.

Iran was heavily controlled by the IAEA, no signs they're working on nukes.

Nevertheless, the U.S. will very likely be able to sell even more ewapons to Israel and Saudi Arabia because the whole situation has become way more dangerous now.

Isn't it obvious? Because he wants a deal on his own terms. Trump did not negotiate the Iran deal so he wants it gone and he will give a shit about a deal with NK for the same reasons cause he's the one going for it and it's not some deal negotiated by his predecessors.

To be clear I'm neither defending nor attacking Trump here I'm just explaining why he will give a shit about a North Korea deal and even a deal with Iran if Iran agreed to make a new deal with Trump.

If the other parties agreed to go on with the deal then yes the deal would still continue but without the United States.

I can't imagine the US would sanction European countries that go on with the deal, it would be unthinkable so my guess is the US will only sanction American companies trying to do business with Iran and maybe other countries that are not part of the deal. I think we previously had something similar with Cuba where US companies could not do business with Cuba and US citizens could not travel to Cuba but people from other countries could.

Nah, i'd rather blame the people who will always find some reason to kill each other 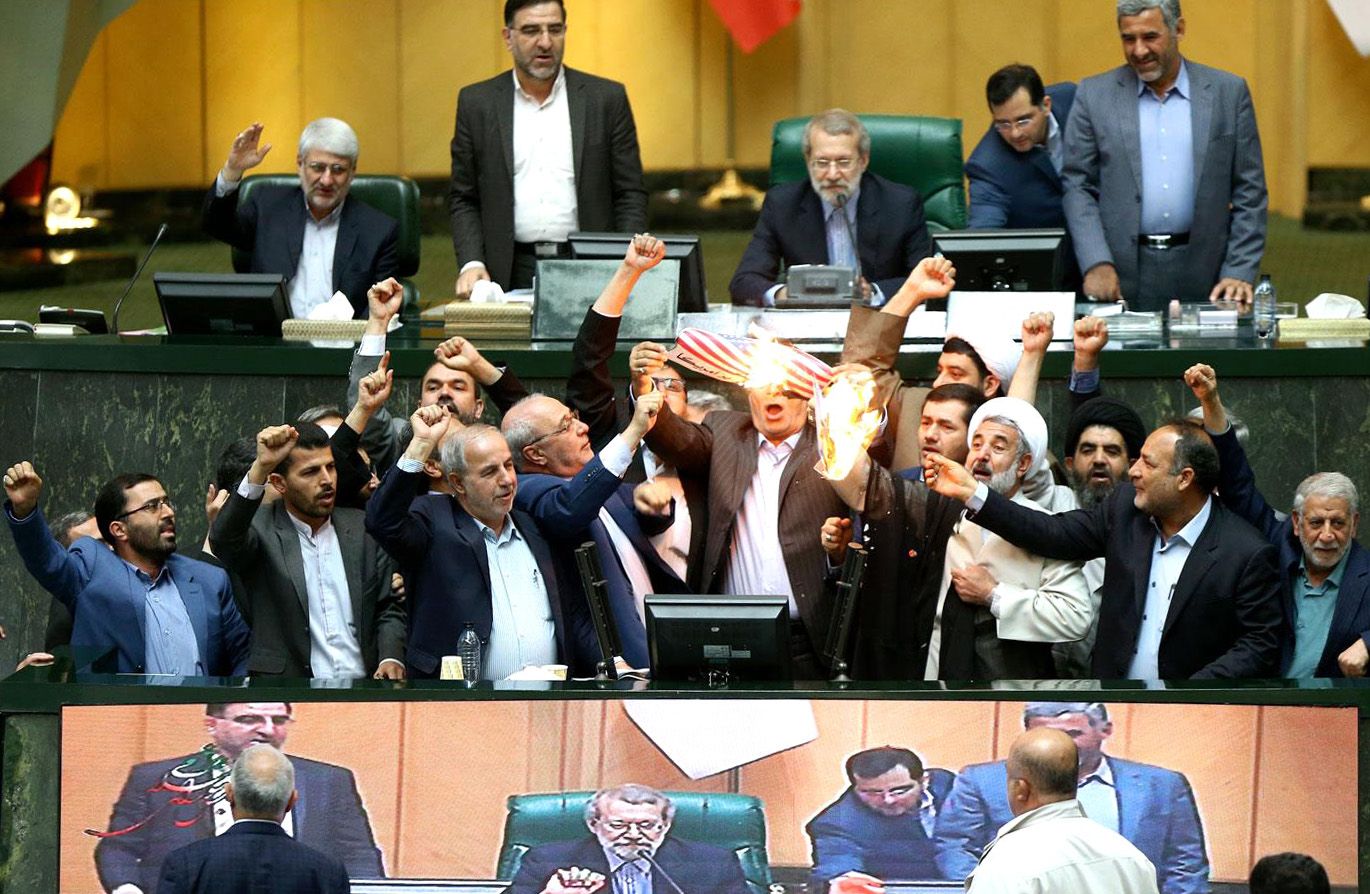 "Iran insists its nuclear programme is entirely peaceful, and its compliance with the deal has been verified by the International Atomic Energy Agency (IAEA), who on Wednesday again said Iran was honouring its commitments."

So..... You shouldn't take "promises" from USA then right? I mean compared to Iran, USA is much more into that shit. Plus if the entire world and a team of experts say they're not making the weapons now, I'll believe them over USA presidents anyday. Remember Iraq and the WMDs? The entire world was crying there are no weapons there but no USA just wanted an excuse to invade and to the surprise of no one expect gullible Americans, no WMDs existed. How many times do you guys need to be taken as chumps before you realize not to trust your government when it comes to middle Eastern countries and weapons of war? Just because you choose to ignore that Trump lies doesn't mean the proof isn't there. He supported Iraq then later changed his entire narrative when the screw up was done and dusted. And he's done that countless times. The proof is on tape for God's sake. Hopefully US doesn't attack yet another nation in the middle East and if it does, Iran kicks it's ass just like Afghanistan and Syria. I'm no fan of the Iraqi regime either, but lesser of two evils right

Or, you know, Israel has an active stake in not wanting relations between the US and Iran to be smooth and probably doesn't want Iran to potentially have a stable economy. And no, not because they're evil Jews or something. They reasonably view Iran as a threat to their existence, so having the US and Iran be at odd is to their benefit, especially when we will try to hurt Iran's pocketbook. I wouldn't use Israel being happy about the deal over as justification for why we should end it and be happy about it.

International Community: This deal is working.

Trump: This deal is not working.

Sure...let's trust the proven liar over the rest of the world...