1 - are you talking about refunds? Cause you can do this on playstation easy, just make a call.

2 - alson can do this on playstation, whit psplus.

3 - talking about pro-controller? If yes, than i have to agree, that thing is expensive, but sure is another level, but... about the normal controller, it's a metter of opinion, but i find the DS4 miles better than the x1 standard controller...

6- do you have some data? Something from the last 2 years? I see lots of people saying live is better, but is see no data.

1: Really? Can you link me to their policy please.

2: yeah, but on Xbox you don't have to pay for live to get cloud saves. Hence why I said "free".

3: okay fine, this one is more a matter of opinion, I'll give you that (although it's undeniable that analog stick placement on Xbox is better for everything that isn't a fighter or 2d platformer)

4: ps4 fans vary a lot, whereas Xbox is way more consistent. My friend has a jet engine variant

5: so what if it's a 100 bucks more? It's a high end console for enthusiasts. This isn't the base variant.

6: live is down way less often than ps2 is. I'll get back to you once I've gathered the evidence.

2 - ok, but if you put things like this, than ps got on major advantage here. If we are to talk about "no gold" vs "no ps+" than ps got a major advantage since lots of services/games don't require ps+ to work, like fortnite. You can play all online free games whit no ps+, but you can't do this whiout gold.

4 - i have to agree. my ps4 is very quiet, but i have a fried that had some problems whit a loud ps4. In the end the fan was full of @#$#, and all he needed was to clean it. Note that all playstation consoles are very easy to open and clean the fan, even a trained monkey can do it.

5 - you have a very fair point here and numbers are at your side. Fact, X1X  is a much more powerfull console.

6 - i'm waiting some data, thanks for your time. 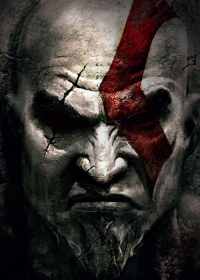 The xbox one is terrible I bought a one s to play with a few mates and games randomly close down/crash, All my mates experience this! the free games every month you don't get to keep where as on ps you do so how is the online subscription package better? I do like the xbox controller but thats about it, I can see myself selling this for the switch very soon.

The xbox may be the most powerful but clearly they don't know how to make use of the xbox one x power. Just look at god of war! it's easily the best looking game ever made, you need to have talent on your side to make use of the one x power and to produce amazing graphics along with games. Even digital foundry done a comparisons with gt sport and forza 7 and gt sport is the better looking more detailed game.

Then there's the player base, ps4 are always pretty much double the amount with each game bought compared to xbox so multiplayer games are going to die on xbox much quicker and not be as active.

The xbox one x isn't a huge leap over the ps4 pro, the xbox one x is only going to be a bit sharper in games with it hitting near the 4k mark compared to the ps but it's nothing special. If the specs are right about the ps5 then we really will see a powerhouse console, the bad thing about the pro and one x is that it's gpu limited due to the poor cpu. The ps5 is looking to be  much more balance hardware wise and the cpu and gpu will work amazingly well together and will be very powerful also,. The ps5 will be insane.

This is just a backhanded compliment. And only applies if you wish to shill out the extra $200 for the X. As far as base HW goes, PS4 is still better. Of course, exclusives are what gives your console an identity and real reason to buy. It's why the PS4 will sell 120M+ and XBO might not even hit 50M.

@bold: I think you’re a little confused. It’s actually the opposite. Through GWG you get to keep all X360 games forever, even after your Xbox Live subscription lapses. When you end your PS+ membership, all your “free” games are inaccessible.

That is the point people are saying, on PS4 you get what X1 has plus the exclusives. You simply get more.

You are making it every time more restrictive right? You next you are going to ask for an example of this week? Pemalite already gave you some examples.

And when X1X didn't exist and PS4 (and after PS4Pro) had the best version of MP, and you didn't even had many X1 exclusives, you choose X1 and that is because of as you said Halo... which just again validate the claim that exclusives matters. A single Halo for you trumps all the exclusives you listed for PS4 and that is fine.

So it would be just Forza series, since BC was something added mid gen.

In Brazil it is common for PC games to launch about 140-160 (local currency) versus console at 250... Sony published are 200 which is a plus on console gaming.

3 - And if you want no-standard control you can buy nyko and others.

4 - yep a lot of consoles and electronics get a lot of dirt on the vents and people forget to clean.

2 - Do you really want to see all that MS have locked behind Gold over the years?

3 - It's totally deniable, a lot of users will say they had no issues and prefer PS layout while others will prefer X1.

5 - And where were you before the midgen update? Where you defending PS4 as the strongest and saying one should own it?

When you renew your ps+ you recover the access... but yes, never heard of GwG expiring for X360.

Getting a refund for Star Wars Battlefront because I wanted to buy the Digital Deluxe Version instead of the regular version was the hardest thing I've ever had to do. The lady actually said that "I've done this too many times already". I had never gotten a refund before and was trying to buy THE MORE EXPENSIVE VERSION.

It wasn't until I asked her to tell me when I'd ever gotten a refund before and she saw that I spent thousands on digital games that she authorized the refund. I hadn't even downloaded the game or played a single second of it.

Meanwhile, on Xbox One I had bought PUBG and realized that, after several matches, it totally sucked. I just clicked "refund" and my money was returned.

I actually haven't read the rest of your post but the easy refund thing is totally false!

2: I have multiple PS4s and Xbox Ones. I've said it repeatedly on this site but, on Xbox, playing a game is like watching a YouTube or Netflix movie. You can play a level, turn off the system (or even leave it on). Go to another console later on and jump in right where you left off in seconds. For FREE!

I have two PS4s. Even when I had PS+, only the primary PS4 would automatically update to the cloud. It would only do it once per day. Other than that, you have to manually upload your save and then manually download the save on a second console. It's really cumbersome. You can copy your save data to a USB device, though.

4. I have a PS4 Pro and a regular PS4. Playing God of War on the Pro last night, it would sound like a jet engine! It would stop after a while but it would start again. Maybe every fifteen minutes.

Actually DonFerrari i chose Xbox one over ps4 for 3 reasons, and not just 1 game as u put it. 1st) all the features it has that ps4 doesn’t or the features it does better.2) IMHO Xbox live is vastly superior than psn in almost every way imaginable at this point. I’ve used both plenty and it’s just an opinion. I spend most of my time doing online stuff so this is a big one.3) halo.... it’s actually 3 games currently mcc,halo 5, and hw2.