Forums - Sales Discussion - How much will Mario Tennis Aces sell?

For how long does each side have to wear it?

There is no way that Mario tennis open number is right. That game was confirmed to be a million seller years ago.

Sure! Just to be clear, this is lifetime sales, right?

I choose 1.5-2 Millions, hope it's as good as it looks and it will sell better than that

The game seems pretty fleshed out for a Mario sports game and Switch first-party games are generally selling more than their predecessors, so I think it can pass 2 million.

The ability for the Switch to have local mutliplayer anywhere makes a game like Mario Tennis Aces way more enticing than it would be on a standard console. Add in motion controls to grab a bit of the Wii Sports crowd and I think Aces will end up being the best selling Mario Tennis game as long as Camelot makes a good game.

Yup! I'm genuinely not convinced at all of this title's potential when compared to historical sales for Mario Tennis. 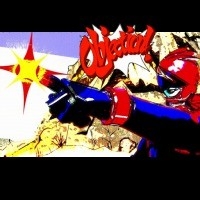 Two and a quarter mil I'll wager. There's a bunch of factors in it's favor this time around:
* No Wii Sports to overshadow it with a tennis title literally everyone owns.
* Motion controls are back
* Story mode is back
* Contents looks like game will have more than any of the other recent titles
* Gameplay seems to be refined, offering a balanced system, while offering the vanilla mode as well
* Advertising seems to be significantly improved over other recent entries. (Anecdotally, this is the first one I've heard about before release, and I've been around since it started.)
* Lack of titles to compete for the casual crowd.
* On a system that's designed for multiplayer (As opposed to GBC,GBA,3DS)

I really miss that series, Top Spin 2 was the primary reason I bought an X360 to play online matches. Fun days