a lot of opinions pretty much from the game release has been the same. the game is pretty overrated

it also lacked the variety in the enviroment that san andreas had. it feels like it was made before san andreas except for the graphics ofcourse. and the driving is worse

I can't understand it to this day. I still think its a fantastic game but I was disappointed by it back in the day. I put some 300-500 hours in S.A if not more. and I only put 30 in 4. because there isn't nearly as much to do there

it was just infact. less of a game than San andreas in every measurable way except graphics. and it has less character than vice city as it was merely a generic photorealistic looking game.

It wasn't. It was underrated.

It is generally known that many reviews are actually paid advertisements and I think GTA 4 is a prime example of that.

San Andreas had a bigger map, but there wasn't that much more to do. After 100 hours San Andreas, you also have seen and done everything... don't know what you did the additional 200 - 400 hours without feeling repetitive gameplay.

If you include GTA IV's DLCs (Episodes of Liberty City), the main story part is even much bigger than the main story of San Andreas: https://howlongtobeat.com/ 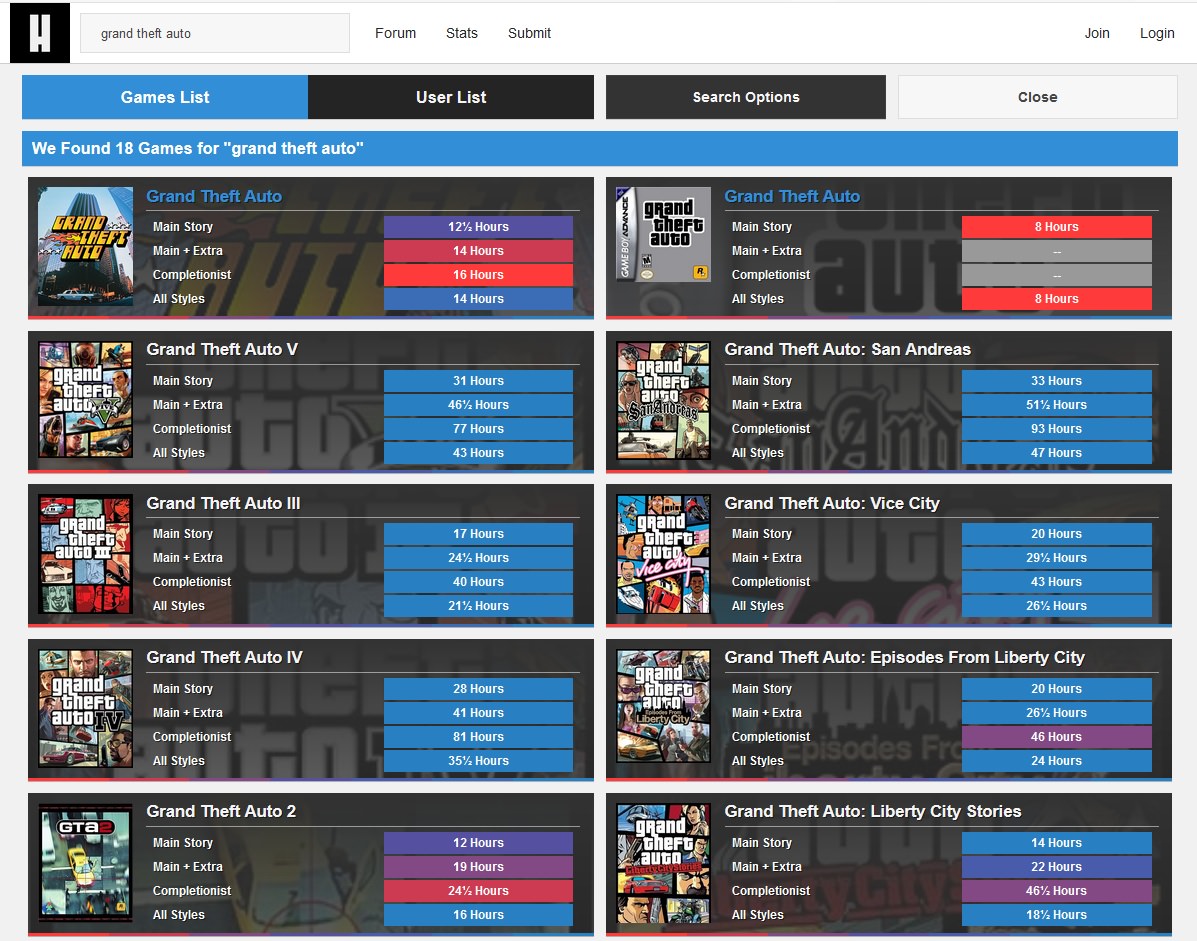 It was a brand new GTA game with a new engine with more realistics physics, which the previous GTA games (III, Vice City and San Andreas) didn't. And Liberty City was very impressive by the time. And for the first time, you didn't have to become a rich powerful guy but just do your regular crimes.

But yeah, it was overrated. I enjoyed the game until one of my friend told me "I don't enjoy it as much as you do, most of the missions are you go somewhere to kill a bunch of people and you take someone to somewhere", and it was true. Only GTA game I couldn't finish.

I don't feel that GTA 4 was overrated, at all.

GTA4 is one of the worst games i have ever played. It's a brown drab bore with bad gameplay-mechanics and one of the worst protagonists in a game ever. It's the game that made me distrust reviewers

GTA IV also had a much more interesting main character than any GTA before that. Vice City had that cool '80s Miami Vice scenario, but the main character was bland.

And CJ in San Andreas was such a cliché character. But the most boring one always will be Claude of GTA 2 + 3.

Hm...I'm not sure, kind of hard to tell. But I can guess. I think a lot of the revolutionary  aspects of Grand Theft Auto IV were reiterated upon and made better, and pretty quickly, which led to a lot of the free praise games usually get for being innovative to sour over the years. I think the novelty of having a next generation GTA quickly deteriorated, at least in my circle of friends, Red Dead Redemption was WAY more popular, and I think most people who play Red Dead Redemption nowadays probably love it more than GTA 4 players do that game. GTA 5 being the massive success it was is kind of like a small cherry on top probably, as the legacy that GTA IV inherited for being the first "modern" GTA has become almost irrelevant. But I could just be bullshiting, who knows.

However, how overrated is the game truly when even IGN agrees it's overrated? And moreover, how much longer will we be completely reactionary and require time to process what is "overrated"? I don't find GTA V that great either, but a lot of Rockstar fans do. Will that also have a similar fate? Probably not, but if it didn't have multiplayer ... most likely.

It was a technical marvel, game mechanics felt great, and story/voice acting was exceptional.

The only thing really wrong with the game is the campaign kinda sucks. If they just made some tweaks it could be a lot more enjoyable though, like mission checkpoints would make it less tedious (which was added in DLC expansions).