Another week, another PS4 win.

I think the only week where the PS4 is gonna lose WW is during Smash week.  Other than that..

But I think the PS4 is gonna win anyway thou

The only real fight is between the PS4 and the Switch and the PS4 is beating the Switch overall and that is really something because with about 76 million PS4 sold so far, the amount of people "left" to still buy a PS4 is shrinking, whereas those for a Switch is still huge so despite this the PS4 is still first which is very impressive.
This makes me think that the Switch will not sell as much in lifetime sales as the PS4 will. 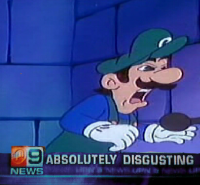 While I share your opinion that the Switch may not outsell PS4, I don't understand your argumentation. Switch sells slightly better that the PS4 did in its first year, even though back then the amount of people "left" to buy a PS4 was significantly higher than now.

Though, people who bought the OG might get incitized to buy the Slim or Pro model, so to speak, there's still a poll even amongst the owners themselves.

Yes and that demonstrates that my argument is only part of the equation and so I'm NOT saying the Switch won't sell as much as PS4 for SURE. I'm just saying there is a trend there.

Exactly as we would have said after 1 year of PS4 sales back in 2014 that the PS4 is selling well but no one could say back then that it will get to 100M lifetime.

At this point I'd say this: If Nintendo does not release big guns within the Switch's lifetime sales it will ALMOST for sure never sell as much as the PS4. But I assume that Nintendo will release big titles in the coming years. A new big Zelda and Mario would definitely help and there is still Metroid Prime 4 still coming.

All I'm saying is that right now the PS4 despite having sold so much and definitely not "young" in sales manages to still be number 1 and that is very impressive by any standards.