Forums - Nintendo Discussion - Nintendo to reveal "new way to play the Switch" in 12 hours from now. 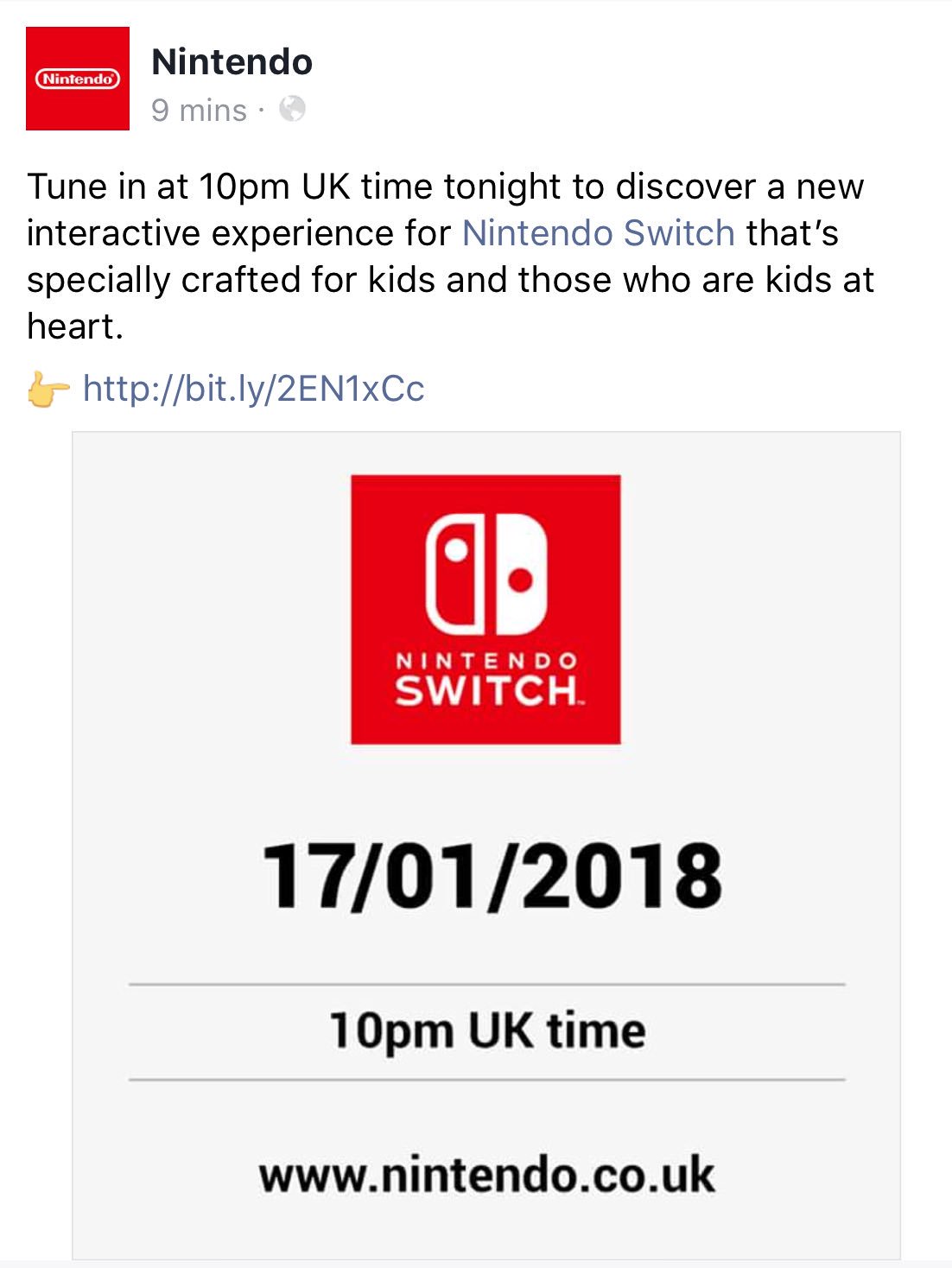 Yeah,no idea what could be,but looks like Emily Rogers was right about the reveal.

EDIT: The reveal is in, it is called "Nintendo Labo" and I have no idea how the heck does that works lol

What did Emily Rogers say? What reveal?

Anyways, this is probably two things:A new acessory and/or new games that have unconventional controls, like 1-2 switch.This dosent have to be a bad thing.It could be Warioware for example, and it uses every single part of the Switch for the game, like the Camera on the joycon for example, which has not been used so far outside of that one game.

I personally want Mario Party to be revealed.Outside of using this new way to play, the whole game would be based upon the first three games.It would be epic!

That a new direct was comming tomorrow.Just that.

Please don't go ultra casual Nintendo, you have done a super job in the last 10 months changing perception among gamers.

It probably will be a portable only Switch for 200-250$ (Keep in mind those 6 new SKU by GameStop)
Does anybody know if there’s going to be new games shown or anything?

Anybody expecting something for the die-hard Nintendo fans or traditional gamers will be disappointed. This is likely the peripheral-driven, audience-expansion software Kimishima has been talking about in interviews with Japanese newspapers - it'll be more a Wii Fit style new IP (or 1-2 Switch) than character-driven IP like Arms or Splatoon. What will be interesting to see if this genuinely moves Nintendo's non-traditional mass-market software philosophies on in any meaningful way. The fact it's peripheral-driven and for "kids or kids at heart" might mean this is another push at toys-to-life, but that wouldn't quite square with "new interactive experience"; unless Nintendo have found a way to meaningfully develop that area.

The better news for us more traditional gamers is that there have been rumblings throughout the week that this was coming. The same sources suggested that Nintendo will follow this up next month with a full-length Direct aimed at their more traditional audience and were on the ball about Nintendo's broadcast last week. I'd expect there'll be some backlash online too, when this ends up being closer to a ROB revival than an F Zero revival, so Nintendo will want another Direct before long to reassure their core audience - the way they announced NX at the same time as their mobile games push, for example. At any rate, it certainly appears to be the case in the last couple of years Nintendo have been less water-tight than they were a few years ago.

Please, the last thing they need for the rest of this year is niche games...

Casual vs. hardcore doesn't matter nearly as much as unimportant vs. monumental(and yes, i'm using "monumental" and not "popular" to excuse my bias for Metroid, because fuck)