Forums - Gaming Discussion - When and how did you transition to gaming in HD?

When did you move to HD

Last year when I bought my first 1080p TV to play BOTW. Worth it.

Today though, because LCD doesn't scale like CRT's did, I am a little more conservative with resolution so I can maintain a clean, crisp, clear image at my native resolution (Currently 2560x1440) without needing a super computer to drive it. 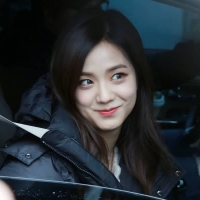 However, the Wii was my primary platform that gen, so still played mostly in SD until I bought a Wii U in 2013.