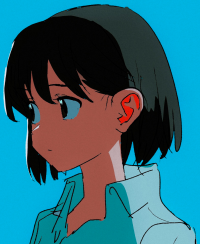 Just add good dungeons and improve the story a little bit and you'll have the goat.

Then do the RPG thing where there is a Smithy who will repair them.

Weapon durability is a major reason why you have incentives to try new playstyles. There's also no need to mourn about broken weapons anyway because you find them plenty. They should definitely keep this if they make another open world Zelda.

I mean, if you make a game that 1) scores a 97 on aggregate scoring sites and finishes as the 5th best reviewed game of all time; 2) sells five million plus copies, and is probably on its way to topping the previous best-sellers in the series; and 3) wins the plurality of GOTY awards, then it’s probably a good idea to stay the course.

Yeah I agree the idea is resource management, you as the player know the weapons outside of the MS aren't permanent so you have to pick and choose your battles carefully as well as try not to mindlessly attack with out thought.

The problem is that even the first Zelda wasn't as open as BotW, that game is too open for its own good. I mean, how can they even add a meaningful story or do character progression in the next game if you could just skip straight to the final boss again, for example?

Sigh... I think it's just time for me to realize that my favorite franchise isn't for me anymore. I swear open-world is ruining my favorite games to me.

I think they’re not necessarily talking about open world but the freedom of choice. They mentioned that before, you had to have certain equipment to complete certain challenges. They want you to be able to think a little more outside the box like in Breath of the Wild in which we’ve seen many players come up with new ways in solving problems and discovering new things in this particular world of Hyrule. With the reception the game got, the sales it garnered, and the awards it’s earning from multiple media outlets, it’s hard to argue that this isn’t a formula to look into more for future games. They can eventually tweak things here and there to enhance the experience too.

And Zelda BotW is one that do it probably best until now.

Yes Aonuma. Yes, keep the freedom.
And expand on the Hyrule Castle dungeon style. Best dungeon since OoT/MM dungeons, that iirc, he designed.