Not very difficult when a certain comnpany decides to release 2 consoles this generation.

That´s good news, still... I don´t believe we will see similar numbers to the pre-2012 era again. Casual gaming was the responsible for such high numbers in that era. A small part of that public may be coming back to console gaming now due to the Switch, then the increase in hardware sales.

I'm not so sure. Many people lost their jobs, or went from as much work as they could handle, to begging for a 40 hour week. When a lot of people end up with that much time on their hands, especially if their depressed and just want to sit inside and mope, what better way to make yourself feel better than to pick up one of the killer consoles available and play video games on the couch?

Ever since 2008 things have slowly been getting better for the worldwide economy, yet hardware sales have been declining. Sounds like as more and more people get back to work, less and less of them have had time for gaming or just left it behind altogether.

Mobile gaming most certainly is a major factor as well. If you lost your job in 2008, and you didn't have much money, a console may not be possible for you, but mobile would most likely fit the bill. Once your hooked on mobile, and you get back to work again, especially if your travelling, your probably sticking with mobile, or waiting to Switch in 2017.

There is no such thing as a generation anymore. 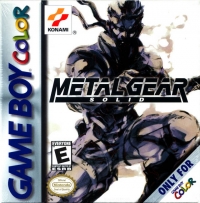 Yeah we moved on to having eras /s

The dedicated handheld market's decline, caused by the Vita's failure and the 3DS's inability to replicate the success of the DS (the latter being something we should have expected regardless of any other factors), is entirely responsible for the lack of any growth in total gaming hardware sales. Home consoles actually saw growth in 2014 thanks to the PS4 & XBO.