Everyone is hyped but no one has said what this movie even is..all I see is pop culture and too much CGI the movie.

The Delorean is the car that is seen throughout the trailer Akira is speculated to be that red motorcycle in the racing segment. Freddy Krugger and Duke Nukem show up in the scene mech Orc with the Halo Assault Rifle. He shoots Freddy first and the to the right of Freddy with a Grenade launcher is Duke Nukem. You may need to pause to see it.

It's based on a book that I've heard nothing but good things about. Basically the real world is dying and they are in an MMO. The creator died and set up an easter egg that needs to be found for a reward. People are competing for it.

Well that was certainly interesting. Cautiously optimistic with Spielberg at the helm.

The latest trailer is pretty groovy

I am actually pretty keen to check this out, Spielberg is one of my favourite directors since I was a kid, and this does look like a good fun romp.

Less than two weeks to go!

The book is kind of awful. Beyond the references, it is extremely hollow, so I have less than high hopes for this movie. And while the special effects are technically good, I can't help but feel it looks like the designs were ripped from some Chinese MMO or something other less-than-quality product.

Well, just got back from seeing it.

It was good fun; I enjoyed the numerous little nods to gaming and pop culture sprinkled throughout, spotting them became a little game in itself.

It really is one of those films best experienced on the big screen; the spectacle is awesome, yet never becomes an incoherent mess the way it does in many similar movies. The race and nightclub scenes are worth the price of admission alone.

Don't go in expecting anything particularly meaningful, it's about as deep as a cup, but that cup's full of molten chocolate.

I think the 'nostalia' is sadly what carries the film. It was alright as a film but people were probably "Hey, look, it's Chun-Li." instead of "Man, I was really rooting for the hero, he's such a great character."

ioi you must answer us. 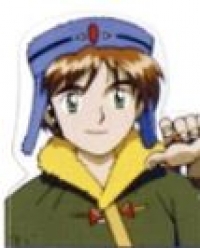 Paper thin main character.
So many questions about the real world that are left unanswered.
Some head scratching moments.
Lots of themes touched upon but not fully explored. The potential for a lot of depth was there.

I had so much fun and enjoyed the Oasis a lot that I am still giving it a 7.5 haha and I'm going to watch it again. Three sequences in particular were excellent.

Since I enjoyed it a lot, I'm pleased to see it performing well.