In my opinion, no but we'll see.

Agreed,The Switch will do better than 3DS and Wii U sales + it will last longer than the wii U.

Oh yeah, it definely were.I even acknoledged that in the first paragraph.However, that first teaser was a telling sign on how they would treat the Switch overall.Nobody could be sure about the specifics, such as the points you just wrote, but given how good Nintendo had been in those last few months leadind up to the end of the year(in relations to pretty much everything outside the Wii U) and how well excecuted that trailer was(and also assuming that would be the tone going foward), I felt confident in making that thread.

And what is this megathread of yours?Is it to accompany every prediction positive or negative to have a reckoning in the future?

Prediction; no it won't.

This is my thread: http://gamrconnect.vgchartz.com/thread.php?id=224719

Originally I made it because the stupidity and ignorance for sales numbers of the VGC community bothered me (VGC consensus put lifetime sales for Switch at 30-35m), but soon after the Switch launch I noticed that history is going to get revised, so I decided to keep a record of how things really were. The new goal is maintenance of truth on top of the original slap in the face. 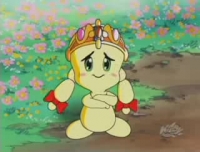 I stand by my prediction. If I am wrong, so be it. This prediction the Switch will sell 100 million sales is rediculous.