Can't go with anything else than CD Projekt RED, since The Witcher 3 is the GOTG so far.


Still, I gotta say that praising them for the lore of the game is kinda undeserved. It's like praising a dev who makes a Lord of the Rings game for the lore. That credit goes to Andrzej Sapkowski and his outstanding books, which I recommend to everyone!

The xbox one has no RPGS that I'm aware of. The wii U has mirage sessions. Anything else?

Lets see, ive played over a dozen rpgs on ps4 and most of them are from square enix and i enjoyed them all so id say square enix is the best.

You should say in the OP/title that it's about "big games", and add Platinum there, btw.
Otherwise NIS should be there.

Are Platinum/NIS not included in "Other"?

How are people voteing for Fallout 4?
They butchered alot of rpg elements from fallout, and shouldnt get a vote imo, not as best rpg developer.

Also I think Atlus would like a word with this thread, after Persona 5 releases.

I think its cuz fallout is a series, and HZD is something new. So I dont hold them to the same standart.

Fallout 1,2 where much more rpg focused, even the 3+NV (which had rpg elements cut) had more than fallout4.

Just dont think you should reward them with "best rpg developers" when they cut out stuff for seemingly no reason.

CD-Projekt, easily, followed by From Software. 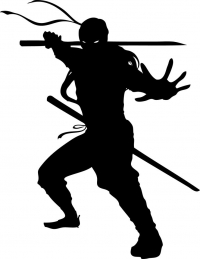 Without a shadow of a doubt the best developer for RPG's this generation has to go to Capcom.

What they did with Street fighter 5 was amazing!

Leaving a huge portion of what many thought would be in the main game still "out there" has resulted in probably the best "fetch quest" in video-game history.

Players are still looking for it!