Forums - Gaming Discussion - Should next gen kinda do away DISC DRIVES?

Cartridges? You serious, the new Zelda game is already £59.99. I'll stick to Steam.

The game would be priced $60 no matter what.  Why would Nintendo sell it for less than 60?  They always price their top tier games at 60 (Wii U and Switch generation) and hardly drop the price if ever on titles such as Smash and Kart.

For real? That's terrible! I remember they tried to price games at £50 when the PS360/PS4XOne released. But they soon dropped back to around £40. But to start at £60? That's really bad!

I like scenario 3, thank you. A SATA SSD ought to be enough for games for now, so NVMe wouldn't offer much benefit over it. As for scenario 1, it would basically mean abandoning physical game releases and having the disc drive for other media only. I'm not willing to go fully digital with consoles pretty much ever, because they're closed environments where there seems to be little incentive to drop prices to levels that are competitive against PC. If that wasn't the case, I'd like scenario 1 the most by far. 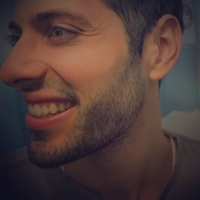 Honestly, it wouldn't matter to much to me but I've always like physical media.

My only concern is getting rid of day one DLC. It's by far the most ridiculous concept ever, especially when it is advertised 6 months before the game is even out. I miss the old days when game developers looked to release as much content as possible on a game.

Zelda was £50 before it sold out everywhere.. I got it for £40 and that's the switch version.

Cartridges for me, then there is little need for expensive hard drives, should bring down the cost of consoles and the cost over disks is negligible.

I see what you mean. I don't want discs to completely go away. I also just want consoles to be built around them either.

I think scenario 2 would be a best middle ground. And maybe even with the option to put in an NVMe drive yourself if you want but the console ships with a SATA SSD and a bundled external disc drive.

I would also prefer scenario 1, its just that I know that having the console ship without a drive at all would be an open declaration that discs are no longer the primary distribution model. We will start seeing a lot of AAA publishers not evn bother with a disc version of a game or only providing one 6-9 months after its digital release.

When you think of it, why wouldn't they do it that way when it would be a sure way to combat the used game market which i something we all know they hate.

I know a numebr of people probably look at a thread like this and dismiss it; but I can bet my life on it that these next gen consoles coming with a disc drive or not is a very hot topic of disccussion for all those in a position to make it happn or not happen right now. Or at the very least how best to go about it.

My suspicion on what will happen is that they release two SKUs of the console. One with an external disc drive buldled in for $100 more than the one without it bundled in.