Forums - Nintendo Discussion - If Zelda:BotW delay is going to happen, Wii U version will be cancelled.

Zelda is always delayed a year anyway (Twilight Princess and Skyward Sword were both delayed), so I'm guessing Zelda would be a 2016 game without the Switch.

Can't wait for The Zelder Scrolls 3: Breath of The Wild Hunt!

Like I already said the wii u had similar problems like the ps3. The OoO Cpu design an GPGPU made ports very hard. Also the low install base doesnt justified to much development time and to big teams to work on those ports to keep it economic. The Wii U Version was definitly never the lead plattform.

Games like mario Kart 8 show the capabilities of the Wii U and for me it does look alot more like 350 Gflops. But in the end it doesnt really matter, we will see how the switch does perform and how big the gap between switch and wii u will be. Ill say it wont even be noticeable. 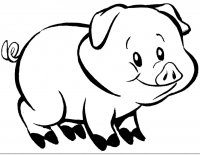 Its not a delay. 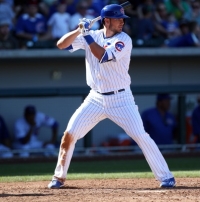 Are they handing out packs of Viagra before launch?

Agreed, the Zelda team has gotten ridiculously slow and unproductive.

At this rate, we'll get 2 Zelda games in ten years from 2012-2022, while if they made their games every three years like most other AAA studios can, we could have gotten 3.

Well, Super Paper Mario was once promoted as a Gamecube game, and Last Guardian as a PS3 game.

But even fans have a limit on the amount of abuse they will take. I was a Nintendo fan since 1994, but if Zelda is made Switch exclusive, I will refuse to buy it or Switch on principal. Wii U gamers comprise the loyalist core of Nintendo's dwindling fanbase, pissing them off is not a good idea.

You take care of his balls while I'll kick his ass lol.

I don't see it being cancelled at all though. *Reads comments about no major Zelda games since Skyward Sword.

...*Looks over at a Link Between Worlds*