Forums - Sony Discussion - PS4 Approaching 2m Lead In The US

it should be around 4-5ml by the end of the year. I could see it being 3ml if an xbox slim is released before ps4.5

All the right moves. I think the real success story of the gen is Sony reclaiming the USA. Microsoft has put up a tremendous effort so far and I'm slightly shocked that they haven't been able to gain any ground back after the success of the 360 here.

Why should or would anyone want to classify it as a different console? They both run the exact same games.

That's like saying we should count the sales of a 500GB SKU differently from  1TB SKU.

I think you start counting them sepertarly is an unnecessary complication. If the PS4k (assuming it even comes to market) had games made for it that you could only play on it and not the PS4 or vice versa then yes, it would make sense to count them seperately.

People are really taking into factor a Half-ass Rumor ?,  if they have a new PS4, will just be a PS4 Slim, without power upgrade, there is little to nothing to make the upgrade seems something relevant, without make the console too Expensive, Xbox One Upgradable, already is a confirmation from Microsoft, NX, is a confirmation from Nintendo (not sure if will launch this year), but PS4.5, PS4K, are just rumors.

Ya this Gen we even have Sega releasing the Dreamca- er Nintendo releasing the NX right during the peak window for the current gen consoles.

rumors that Sony is not denying even with places like the WSJ talking about it.

Now they only have to release a PS4K for world domination 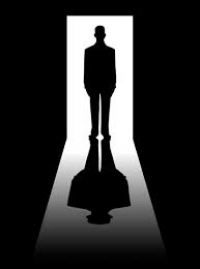 For now. If VR becomes the new thing then expect the next console to be a VR only console and expect all inhouse studios to convert. You dont invest heavily into new devices to just keep it as a secondary. If its popular enough then we will be gaming in a very different way and wont be by choice. Im not a fan of VR and those 3rd party devs making VR games are the test of time.

Please tell me how heavily Sony has invested in the development of PSVR, because I haven't seen any statement from Sony about it.

Nintendo, also do not Deny any NX's Rumor, if Sony, have a PS4 Slim, or something like that (they will not make a PS4K), they will not Deny the Rumors, if they say that they don't have nothing planned this would be a Lie, and would also mean a Deny, a deny now is the worse thing, because Rumors would continue to Spread even after that, only the Announcement of the PS4 Slim (the true thing that they are working, and will not have a better performance) would dismiss all those rumors, Had Rumors of Quantum Break, Gears of War, and ScaleBound coming for PC, Microsoft, denied it, and now 2 of them already are confirmed.

If they announce a Cheaper PS4 (PS4 Slim), they will lose sales now, because of that they don't Deny, if was a PS4K, they would not lose sales because would be a Niche, expensive into the Space console.