Because not every rumor got posted and/or discussed here, and also because the number of Emily Roger related threads was, imho, ridiculous.

Good points. I'm all out of other possibilities :P

But just make this the Rumor thread as the title suggests and dump them all here including hers!  I wanted to say this back before the Rogers thread was made but couldn't find this thread to link to for the life of me :P

It would have been a blessing if that had happened, but I'm sure that you've noticed that there are a lot of Nintendo fans on this site and, I don't know why, every new rumor or bit of info about them usually results in (at least) a couple of threads.

Trying to not only fight that habit but make them come to an already created thread to post those new bits of info would be a lost cause.

That said, I've noticed that "Official" threads tend to achieve this kind of miracle, so maybe someone should have had to create an official NX discussion thread last year where all of this stuff could have been placed.

Has this been discussed?

Not here, but we've had two threads about it.

And another one for the UK Game leak: http://gamrconnect.vgchartz.com/thread.php?id=222604

So what do you think Nintendo will include in the Switch bundles? Will Nintendo make a Wii Sports/Nintendoland game bundled with all the Switches?

I don't think they'll make another Wii Sports or NintendoLand. Those games were made to show the "gimmick" of the console, and in the case of the Switch, the "gimmick" is that you can ue it at home on the TV or on the go, and that's something that doesn't need explanation and that every game will do.

If the price leaks are true, and the rumor about two SKUs are also true, I think the base model will only come with the basic stuff (console+dock+cables) and the premium one will come with the same stuff plus a game. Which one? I doubt it's Zelda (which now we don't even know if it will be ready at launch), but it could be one of the WiiU "enhanced" ports, maybe Mario Kart.

What I don't think any of them will have is the Pro controller.

What I'd LIKE to see is a bundle a game AND a pro controller, but that's not gonna happen - not for $299 at least.

Having two SKU's makes sense; one basic and one premium, bundled (maybe/probably) with Mario.

There's a new rumor about the Switch's price 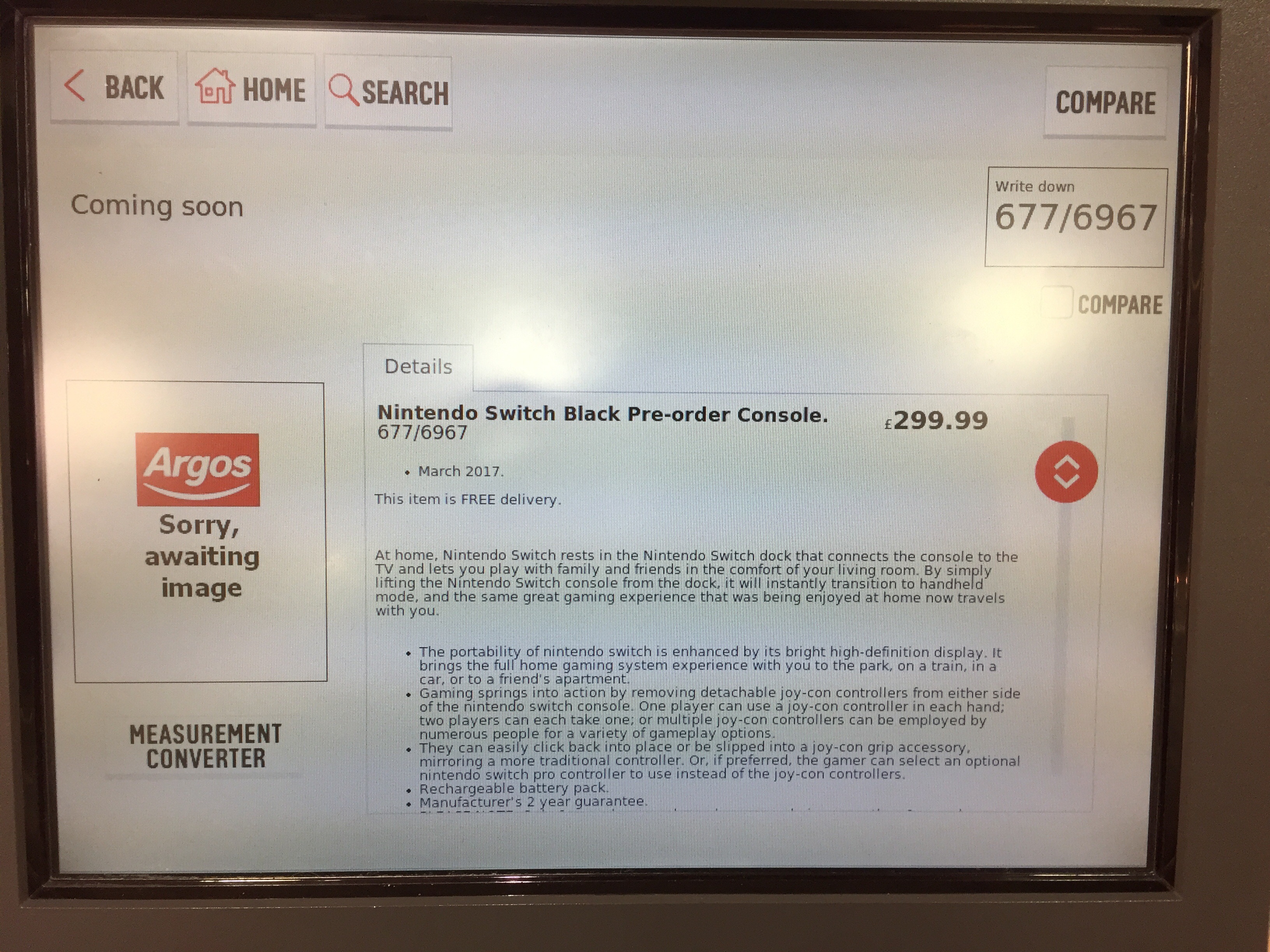 I really hope it's only a placeholder or the price of a bundle SKU, because if it's true and that's the cost of the base console, the Switch is way too expensive.