Yeah he really has the same thoughtprocesses like alot of  terrorists that think every western person is scum,just born into a different place and hating another big group.

You can follow more details on this advanced map: http://syria.liveuamap.com/en/2016/27-march-saahezbollahirgc-fighting-with-isisdaesh-militants

Russians soldiers 'helped' to take over Palmyra from ISIS. 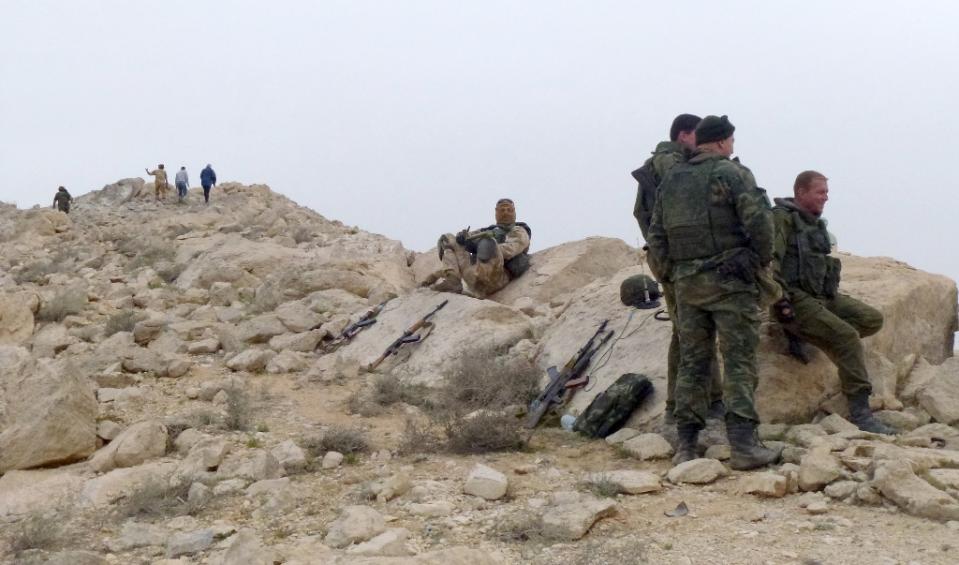 I think you missed the memo where ISIS had to make paycuts and flee from a lot of places in Iraq. US is fighting ISIS in Lebanon, Syria, Afghanistan and Iraq.

ISIS is not an anarchist group, so your comment about "traditional army" makes zero sense when they have chain of command. US bombing of ISIS in Syria didn't start with Assad's. It started last year, not years.

Syrian people want Assad away from power because he murders them. Russia is there to make sure that murderer stay in power to commit more human rights violation and buy their weapons and other products. A puppet government, like you said but raining chaos on its own people.

So they officially started last week. And when dropped some frustration bombs the week when ISIS claimed responsibilities on the plane bombings.

Haha there is a massive difference my friend.  Are you saying the Russian government doesn't control its media?  I mean this is a widely know fact.

If Russia state owns every media, why they draft a bill to reduce foreign capital to 50 % max in mass media ownership ? Because there are plenty media/TV shows in Russia what are owned by western capital and they basically say BS things. I live in Poland, I dont watch TV because Germany's capital owns 75 % of the media.

Media is partly controlled in most countrys ,how much we do not always know but we cant fully discredit it because of that.

Whatever DangerZone! is in russian!

Fairly class final act of the person hopefully his death killed people who could have went on to murder innocents like in Belguim and isn't used as an excuse for a counter attack on innocent people.

Not really, I follow the map daily from late October and Russia was also attacking ISIS at that point.  But last weeks they stepped up against attacks ISIS possible because before ISIS was still advancing and it was more about defense while now it has been about advanceing and catching territory.  Their is a time line on the map so you can see things that happened on each day. Most information comes from media and sources like civilians from the Free Raqqa movement etc.