Same here.  So much is unknown hard to make a decision, especially given likely won't have firm details for another year.

Usually, buying the whole collection would be cheaper than buying it's individual parts, but we don't know exactly what they mean so it's probably better to wait and see

Not  really comparable. Elderscrolls has lots  of spoken narrative and is huge but ultimately its a sandbox game. FInal Fantasy is visual, setpiece and character driven (think Uncharted) and thus producing content is far more time consuming. I'd presume the characters and animation in final Fantasy are at least half a dozen times more time consuming then what we've seen any previous elderscrolls.

A better comparison would be the Mass Effect series which offers about 25hours of core campaign with each game spending about 2 years in development following the groundwork the first created. Beyond that I don't think anyone see's it as impossible for them to achieve it, simply it'd take a awefully long time. Each Elderscrolls game spends about 4-5 years in development, FInal Fantasy VII remade to modern standards  would take even longer then that so a 2020 release wouldn't be unreasonable to expect.

This real question is would fans rather wait for then, or recieve the game in parts possibly starting fall 2017 or even maybe as early as late 2016. Theres lots of variables but this is essentially what it boils down to.

Already confirmed that it will be in the game - just the design isnt complete.

I think this is gonna be like the 3 episodes of FFXIII, so basically you are gonna pay several times for the remake of one single game because it looks so pretty is too expensive to be profitable being just one game as it was 20 years ago.YaY.

Let me try to put some of my perspective here. Take it or not.

This will definitely drag for years, we aren't talking about quick stuff here.
Each game will be priced $50 or $60, each game will be big, have a start and ending.
The original game was already huge, but with more in depth on everything, each part can go 50h+.
It won't feel like other episodic games, they are pushing a sequel mode, the problem is that we already know the story, all of it, except the new additions, so it'll feel as separated games and also as a broken piece for fans.

So SE is not ripping people off, each game will be a full game, they will probably have more content than each FF13 game, so your money will pay off, but you'll know there is more and feel like it's missing there.
I feel like SE will do a good job in the end, we'll have a massive collection worth around 200h of gameplay, but having to wait for them to keep coming, and that will be yearly, at best, we are talking about a heavy content based split, it'll take time to make.

We just will never have such a easy time as we had at the original playstation generation, where if it wouldn't fit they just slapped another disc, or two or three to make it happen and relase all together.
Our reality is very diferent now, SE needs the money to keep pulling it, it's too much time and work to them to do it juat for the sake of the love for the original.

In the end it should be an amazing experience, but SE has already proved they can and will deliver a massive content game at once, with FFXV, but they had to also do the episode duscae to get some money back, like we saw with Ground Zeroes.

The problem is that to make a game following a strict series of events is different from making a huge new one where they are free to go adding content to their visions where they like and pacing it on the go.

But I just can't feel confortable knowing how it once was, it's their compromisse to make the remake happen, but it feels like in the fan perspective, they should hold it and release all at once. Not the bussines sense, though, they will want the first game out in 2017 to exploit the 20th anniversary, and keep taking smaller risks and adding content with more games after.

I am not a fan of SE but that is not even remotely relevant. Skyrim fits because most of its textures are reused.....

Buy it whole digitally due to my like for digital gaming and the price point, I loathe episodic games so waiting for a full set is annoying all the more but it becomes complete after that. I;d rather they not make all their games this way though since not everyone likes the idea of episodic games, doesn't matter if you think they are objectively better, they aren't for everyone and this world isn't about marketing to one group who love the idea. 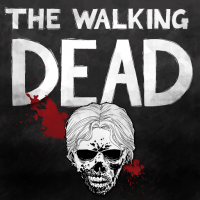 I'm waiting for the complete edition. I just hope to fucking god it gets a retail release.

The more I think of the idea of this multi release the more I'm warning to the idea, the game is clearly going to be massive, a lot bigger than the original, SE have obviously got big ideas for this and to have one big game not only will it not fit on a single disc (not much of a problem) but it might start to become exhausted while you play it. You might start to feel like you want to start playing another video game. So this multi release will help give you breaks and keep you interested. I can imagine it's going to leave you on cliffhangers (yes we've all already played it but they've said there going to add new things to the game.

I think the only problem of multi release is the time it takes for the next instalment to release, it can't be too long otherwise people might forget what's happened and so on.