I need.more info before I decide anything.

I will get it at launch.

Once again, no, not like FF13 at all. Either people haven't read the bits from the translated interview, or are just choosing to completely misinterpret it.

FF13 was a standalone title. 13-2 and 13-3 were sequels that built off the story of 13 to create two new stories that were all related, but could be enjoyed individually. The FF7 Remake will be more like an episodic title, where the main game is split apart. You will not be able to travel from Midgar to the final Sephiroth battle in the initial release. That is what this means. In order to experience all of the story from the original near 20 year old game, you'll potentially have to wait multiple years after the first episode releases to experience the rest.

It is not a series of sequels, but a series of a single game. That is what being episodic means. People are far too freely swapping around the idea of sequels and episodes.

To me they are breaking the original in 3 parts, each part is a full game , unique experience and call each part one episode, like star wars.

I'd wait until everything is complete, on the same package, for less than ten euro in my local store.

However, I'd first check if they kept the Cloud crossdressing sequence. If it's removed, Square-Enix won't see my money. xD

Its kept. So no worries on that part xD

Awww, thank you very much for the info. I'm hyped again. :3

like i did with life is strange, buy/invest the whole thing upfront because of good faith in the final product, and wait for the episodes to be released time after time. 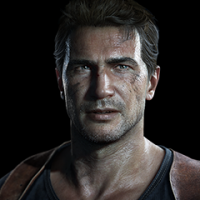