Forums - Sports Discussion - The most horrifying video i have ever seen on youtube.

I was on youtube watching video's of the worst crashes in motorsport and I think this has to be the worst. A track marshall ran across the track to put out a fire and was struck at 170 mph by an F1 car. The result was horrific mutilation which very few of us can stomach, yes i'm talking dead space violence but in real life. for some reason i think graphic video game and movie gore has made me immune to real life gore, either that or i must be a nutter.

Needless to say this is an 18 rated video for a reason, if you feel you are unable to watch a guy being rotated like a ragdoll and virtually sliced in half then i'd advise you not to watch.

EDIT: Removed the link because it really is that bad and it appears that some people are sickened. If you want to watch the video then just go to youtube and type in "Tom Pryce" and the video that comes up saying  "the most terrible formula 1 crash ever, fatal and worst accident" is the video I'm talking about.

Not to take away from the graphic nature of the video you showed, because it is bad, but this is nothing compared to some other videos online. 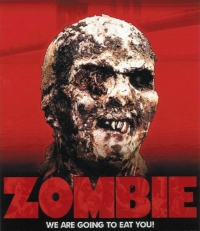 I realize we all have a morbid curiosity but people, do yourselves a favor and don't watch the video. I truly believe that it detracts from our humanity when we watch videos of people and animals suffering or dying. I realize it's tempting but trust me it will never leave you once you have seen it and you will regret it later on. I made a point of not watching things like this a few years back, and have watched this either. Also, honestly, why would you want to show people or direct people to watch something like this?

Try to do at least ONE good deed everyday....

Already seen it in 4chan a bajillion times on Gore threads. NEXT!

Yeah but this is youtube so it has certain standards, to be honest i'm surprised that youtube allow it even if it is rated 18. What are these other video's you speak of?

Wow you must be hardcore to watch this a billion times.

Damn so both the driver and the pit guy died. I watched it like 10x at 0.25, brutal, shit pretty much ripped him in half.

Thank you. I was on the edge of watching it, but as soon as I read your post... I gave up. Your argument touched me honestly.

Well i got over it in a few minutes, we see dead animals all the time on tv and we see their corpses hung up at the meat market too. The human anatomy is very similar to that of other mamals (our organs are positioned in the same place). It is only shocking because it's human mutillation once you see humans as animals (which we are) it becomes less shocking.

I wish I hadn't clicked on it. It made me sick on my stomach. I'm sure it won't let me sleep tonight.