But it doesn't. The average PC is more powerful than Xbox One and PS4 yet it get's less third party support and those that it gets are broken for the most time. DS was less powerful than PSP but it got more support, the same thing with 3DS vs Vita. PS2 was the weakest console of 6th generation but it got the best third party support and the list goes on.

PC gets better third-party support than PS4 and XB1 and only a few games on PC are broken (Unless you're talking about multiplats broken on every system).

Handhelds are a different case, Nintendo franchises have enough pull to bring the audience to their handhelds.

Terrible sales is as much a consequence of the lack of third party support as it is a cause, and the porting was hard also in part because the console was underpowered, so if you were to release a PS4/XOne game you couldnt go all out on it if you intended to port it to the WiiU cause it wouldnt handle the game at all. 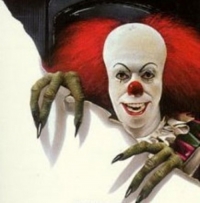 My opinion is that if Wii U had the library of 3DS added to its library now it would have double sales.
But i also think the comments that NX should have x86 architecture for easy ports have a point.

If those same hard core gamers are so concerned with power why don't they just go with a PC. Hell, hardware is cheap enough that you could make a $500-600 computer and get the superior experience. I never understood that about the people who ragged on the Wii U's lack of power.

I would also mention that steam machines are also in Sony and Microsoft's rear view mirror. It's not an immediate threat, but eventually more games will be compatible, the operating system will be improved, and with the right price cuts, they will begin to increasingly siphon off sales long term from both Microsoft and Sony. The console market is going to be very crowded.

A lot of hardcore gamers, wont buy a PC.

1- you need a more expensive PC if you really want to see big differences in graphics.

2- Most parents that dont know anything about PC just go to the mall or supermarket and buy a console.

3- Consoles are more user friendly. you just sit on the couch or bed and press a button to play. On a PC you have to enter to windows, enter to steam, check drivers, put big picture, and then play, not so friendly in the living room.

4- You have to find someone that build a pc for you, else its very expensive.

a console is like apple iphones, very easy to use, not much to set up, almost like buying a tv.

And I dont get the point on buying a steam machine. I think its just better to buy a cheap pc to do streaming and that can play a lot more native games.

Now, on the power.

IF Wii U had the same power of the PS4, then a lot of third party will develop for it.

Also nintendo would be able to make bigger games and with better graphics diferentiating itself from mobile gaming.

Nintendo had once the most powerfull machine of its time, the Nintendo 64, but now they want to earn money selling shit hardware. It was great with the wii because there were no mobile gamers, they introduced the wii mote and they were selling Wii  at 250 USS instead of 500. Now its another ballgame. And if nintendo makes cheap hardware that compares to mobile, they will fail horrible. They are more concern about making stupid amiibos that had almost nothing to do with the hardware to play the games or the great games they used to make like ocarina of time. Its almost like making dolls for fanboys instead of making great platform and games.

The problem is see with the home and portable variants being so close is in that scenario and both playing the same games, I think most people will simply opt to buy the handheld version and just opt to have a PS4 or XB1 as their console if they even want a console. Which isn't probably all that different from now.

I guess there's still benefit here in that Nintendo would benefit from not having their bigger gun games like Splatoon and Mario 3D World "trapped" on the lower selling console side, but I'm not sure this really does anything for the console, it would probably just sell about the same as the Wii U is on pace for (about 18-20 mill).

The way Nintendo sometimes mentions the device also sounds like its a singular device, so I'm starting to wonder if Nintendo maybe experimented with multi-SKUs, but then came back to a singular device, more or less (a portable that can stream games to the TV and maybe even the iPad) with another controller gimmick tied to it. Iwata did say they could have multiple SKUs in the future but that also it may just be one.

The 3DS is not a good example of a wealth of third party support. It receives support from a very small amount of publishers (although those games are huge with MH and YW). Most 3rd party publishers have skipped handhelds completely, leaving only the Japanese publishers for the most part.