Legend Of Kay Anniversary is also on the Wii U and PC.

So it isn't PS4 exclusive.

For the purposes of this conversation quality is measured by ratings as it is with any exclusives comparison. The PS4 has a higher average rating. Oh, and variety is not subjective either. The PS4 has games that span a wider range of genres.

As are Octodad and The Binding of Isaac: Rebirth.

And since when is Fez an exclusive?

You think metacritic is objective? I don't even know where to begin.

Octodad is coming to the Wii U, but hasn't released on it yet. 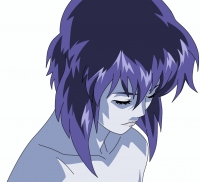 Very nice. I hope you keep with the good work.

Let's hope Nep VII and Persona 5 still make it to those November/December sections. Now that'd be ending with a bang

Would you care to point out the specific line where I said Metacritic is objective?

When making a general comparison of quality, you need to use a broader scope than just your personal opinion. Otherwise, there is no conversation to be had, and statements like "quality over quantity" have no bearing or context.

In the video game world, we use ratings. Whether they are Metacritic, Gamerankings, or whatever.

The general consensus of these ratings, is that the PS4 has better exclusives. Couple this information with the PS4s larger number of exclusives, and larger variety of genres, and he is correct.

Critics aren't neutral: they accept money from the companies that make the games they review (ad-revenue). Therefor they're meaningless as a source on quality.

In the video game world we don't just use ratings. Bayonetta 1 & 2 are highly rated games, but they also don't sell enough to make a profit. It seems like the majority of gamers don't care about those ratings as much as you'd like to think. I wouldn't be surprised in the slightest if Halo 5, Forza Motorsports 6 and Tombraider outsold the entire list of PS4 "exclusives" combined.

The list in the OP isn't neutral either. Half of the games on the PS4 list aren't even exclusives.

What's the second highest rated exclusive on the PS4 list this year? And I mean true exclusive. Probably Until Dawn with a 79% rating. That's general consensus that the PS4 exclusives are better?

Oh and here's another PS4 exclusive that's most likely coming to another console:

Paparezzi: metacritic doesn't have it in its database.

Axiom Verge (PC, PS4): 80 or 84% (depending on which version, but the games are exactly the same. Huray for Metacritic logic)

Ok, I'm tired of this meaningless list now. My point is made, the vast majority of these games aren't exclusive and have reviewed like shit. Bolded = real exclusives.

How about someone creates a meaningful list that isn't full of fluff and shovelware.