I have living proof condums do no work 100% of the time.

Unless Sony or MS confirm a date after they show their games, I become skeptical if they will actually come out after a year, and I actually expect delays. So I wouldn't be surprised if TLG or Horizon get delayed.

I feel like based on what was shown for Horizon, at least what they showed seemed pretty polished and in good shape in terms of gameplay and overall presentation. At the moment, I can't find reason to doubt that probably a mid-2016 release date is probable for Horizon unless the developers come out and say that the game is being delayed. TLG seems cursed to be delayed though, so that one couldn't possibly surprise me. 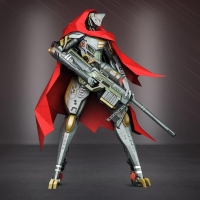 Just because they show gameplay, even polished gameplay, doesn't necessarily mean it is coming soon. It's better than a CGI trailer mind you.

That would mean that it released 10yrs after development started. That's insane!

Fair enough. Game development is a pretty fickle thing, and although these massive delays are exceptions even in the world of delays, it isn't as if I can pretend they didn't happen or aren't currently still happening.

We can only hope that developers and publishes stop giving us BS and start coming clean about when a game is coming out. It's down to 2 things, either it's a deliberate lie or its poor management. Either way, these companies need to get their act together. Let's hope this generation isn't plagued by more delays :)