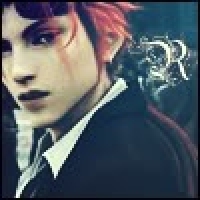 the xbox 360 and the ps3 are gonna be successful..the reason why is that microsoft is talking to developers to help them support there system and sony is trying to repair themselves to get back the support i believe the PS3 will gain ground in about 3 years...but the PS3 is a console made for a 10 year life span...so when microsoft and nintendo make there next console which will be in about 4 years or so...sony is already prepared for the next wave...because the hardware thats inside that console its already future proof..i think sony just tried to do something new and make a console so that they never have to to a 5 year cycle again....blu-ray is thrashing hd-dvd already so we can come to a conclusion that blu-ray is the standard next generation dvd format...and as the years progress people r gonna realize that i can get a blu-ray player in a ps3 for $300 or $400...and the ps3 has alot of support...where as nintendo and microsoft have to reset and start over again from ground up to get back its users...

From what I'm hearing and seeing (No, not from forums) both titles are exclusive and any rumour of both of them being ported over to the 360 have been debunked.

Sorry, but this is a crazy idea. At the current pace it is totally impossible to design a computer, that is so advanced that it will be up to date five to six years later! Currently computers are slowed down sufficiently by the OS, that you don't see the real speed limitations. In one year they will have passed the PS-3 (and the Xbox 360) clearly. When Microsoft and Nintendo reease successors, these systems will be beyond the power of the PS-3 while they can be produced cheaper!

In fact developers are already running with their heads against a really low ceiling. The 256 MB Ram clearly limit the power of the PS-3. So even a small memory upgrade would improve the performance. But in the mean time many other bottlenecks would be removed, even if the PS-3 design would be the design of the future (which I doubt. I think the ease of use for programmers will become a much more important feature, to stop the constant rise of development costs.).

Save your breath, Kars. Anyone who uses the idiotic "future-proof" statement with any computing device obviously has zero understanding of this law:

There are a lot of PS3 exclusives that are being mentioned that are not going to move any systems. Killzone didn't make much of an impact on the gaming world so why would the second one? The only other game the makers of Heavenly Sword have made is Kung Fu Chaos, which sucked.

Let's look at what the most anticipated games on the PS3 really are: http://www.gamefaqs.com/poll/index.html?poll=2748

Final Fantasy XIII - Exclusitivity is now under discussion: http://www.gamespot.com/news/6167864.html?action=convert&om_clk=latestnews&tag=latestnews;title;1 . When 3 times as many people own an Xbox 360 and Final Fantasy is huge in the U.S. then they would have a lot to gain by porting it to the 360.

wo others not on the poll but definitely on the list are:

As you can see the anticipation for Lair and Ninja Gaiden Sigma are limited. Only 3% of people voted Lair even though it's coming out soon and it's one of the ones that people on boards mention over and over again. I doubt either of these games will increase the PS3's sales past an initial boost like what Motorstorm did. I do see the boost for Lair being a little bigger than Motorstorm, however, but the PS3's sales will probably drop down to normal soon after. T

The verdict is still out regarding those 2.

Frankly, I'm bothered by the first post. It misses a lot of marks, like the aspects of reliability, user-friendliness and lacks on design. Design: sorry, but there are trends in the living room and in life. Consoles, despite what gamers want to believe, are still considered like kids or loosers toys. Only Nintendo tried to change that, as you can now use your DS everywhere without shame, and the Wii is poised to do the same. In your living room, women won't like your big toy, that's why most HT hardware now tries to be as small or as thin as possible. HDTV is taking off because of that, not because of HD itself (HD media are leaning it hard). That's even more true in Japan, where space is scarce. In 2002, in Japan, I wondered why all those crappy LCD TV were being sold like mad, to later understand why. None of the PS3 nor the XB360 tried to follow this trend. Reliability: I'm actually glad that this comes back biting Sony in the a$$. Because with so many PS2 sold, don't worry most PS2 owners know how short the PS2 lifetime can be. And I bet there are far less people wanting to risk $600 to have it die on them in 2 years time. The XB360 has the same problem, only worse, but they're lucky it appeared only with the XB360, so most people don't know yet how terrible it is reliability wise. I know I could never buy such an unreliable console even if I wanted a game on it badly. In Japan, they just resell them, but I like to keep my games. User-friendliness: talking of the controller is just retarded. You'll take whatever controller they give you, if you like the game and are a gamer. For "non-gamers" though, all this nonsense of vibrations or tilt is nonsense. What they see is very complicated pads where you need 3 or 4 hands to move everything, scaring them away. It's the same for the games. Heavenly Sword is wow, like a film could wow them, but if you want a casual to play it, he will be scared right away, meaning he would never buy the console to play that. Of course, these 3 points don't make either XB360 or PS3 stand out, but they are still important. I remember, when I got back in gaming with the GCN, even I was wondering how I could ever use the controller. If I wasn't a gamer before, I would have given up.

The verdict is out regarding them being system sellers or them being good games?Â

The thing with the PS3 vs 360 discussion is that while sony still has improvements coming down the pipeline for its product through improved online capabilities (better PSN, Home) or higher levels of blu-ray market penetration, better games or whatever, the 360 can differentiate itself with ONLY by lowering its price, and I have been looking but haven't heard of anything that the 360 is doing to improve its product.

So, the PS3 has all of the POTENTIAL forward momentum here.

Another thing to consider is how much of the 360 userbase would buy FF comapared to the number of people in the PS3 userbase?  Not to stereotype, but don't most of the people who have 360s couldn't care less about RPGs?

But, maybe some RPG fans will tack on the 360 when Blue Dragon and Lost Odyssey - both of which are currently subsidised by M$ to gain more market share in Japan.  However these games are the only reason that I'll be getting a 360 for as I couldn't care less about shooters.

If FFXIII goes over, it would probably be a year later before going to the 360.  In Japan, it's definitely better to release it on the PS3 first as it does have a larger userbase.  FFVII & FFVIII both went to the PC about a year later.  It is possible as the White Engine is supposed to be multi-platform, but much of the cell-specific development would have to be redone for other CPUs.

If Xbox is proudly going to support the SD DVD format, I hope that more developers will follow suit like Blue Dragon and release multi-disc games.  I really hate the trend that all games need to be released on one disc no matter how much they are compromised in length.

I don't really see the cost savings in the 360 as much as other people with all the stuff that has to be tacked on  afterward with the wireless, online service, etc.

As a Videophile, the PS3 is an awesome deal with the Blu-ray.  I love watching HD movies and it's hard to go back to SD DVD.

I do plan on getting 360, just not for shooters.