Forums - Gaming Discussion - PS4 Is Restricted To Having 6 Games In China, Banned Games Are Confiscated Along With Console And Fined

This... this is why I don't live in China

Well, most people in China who play PS4 just import the games from Japan/Hongkong anyways.

We knew the part about 6 games, and the part about them confiscating is kinda non-news at this point. We know it's illegal, but it's impossible to enforce, at least on a noticeable scale. It's like pirating. No one gets caught.

To be fair it is a step in the right direction.  Over time I am sure they will allow gaming like we have here - it will just happen incrementally over time like it always has in China.  Fast change simply scares  them (More than it should).

Been living in China for a while. There are tons of shops in every city with unofficial consoles from Kong Kong. They even have the newest games available for reasonable prices (lower than the official ones). Anyone who wants a ps4 in China can have and play whatever he wants.

But, yeah, these restrictions are disappointing.

And still, ever since the beginning of the 7th gen; people have harbored the illusion that China and India would provide explosive consoles sales based on their huge population.

That Chinese government are a bunch of pansies. I'm sure people will get these and other future banned games from the black market. Unless I'm missing something and the console is region locked, right? 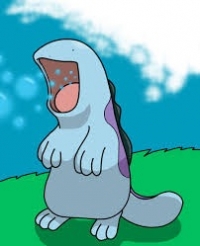 It could happen, but I think games like MK8 don't have a chance of being banned unless they have something against kart racers. Also SSB is so kid friendly I could see it getting a pass.

It was at this moment they knew they fvcked up.

This article is compeletely wrong.....