I got bioshock infinite free from ps plus.  It's my first game in the series and I'm about halfway through it.  I absolutely love this game but one thing that stands out like a sore thumb is the graphics.  Up close it holds up well but the draw distance is shocking.  The developer has to take a lot of the blame because many other developers last gen could make the same game with decent draw distances.

If there's one game that would benefit from a remaster it's infinite.  I've not played the other games but id imagine they're the same.

Would anyone else think a next gen remaster for infinite and the series as a whole is a good idea?  With proper graphics this classic would age very well over the years to come.

Here is an example of the terrible draw distance in infinite. 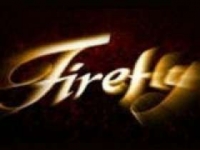 I hated the games. Booooo. I'm glad others liked them, but they weren't my thing.

I would buy the collection. The first Bioshock was definitely the best one.

This game just came out less than 2 years ago(March 26 213). The draw distance were hardly noticeable, if there were any it may have neglible as I didnt pick up on it. Remaster a game because the draw distances were %97 instead of %100 is a waste.

I would buy a complete trilogy + all DLC. Love 1 and 2 (have yet to play infinite).

If I had a choice though, I would choose an Elder Scroll (Oblivion + Skyrim), Fallout (3 + NV), and Dishonored get the HD treatment. I haven't played any of those games. The former 4 because of performance issues and the latter because I never got around to it. Bringing to PS4 would allow for better performance while upping the resolution, texture, etc

I would buy it twice, just to provide that additional support.

I played through Infinite and a little bit of the first one, and while they're far from bad games, I feel like the games could benefit with some touch ups.

The other Bioshock games take place in much more closed spaces (under the sea instead of in the sky), so they don't really have draw distance issues. Looking at Infinite images, I really don't see the problem though....

I can see many would like a Bioshock collection but definitely not for Bio Infinite; the first two Bio are deserving and could see it happen. I'm sure if/when Bioshock 3 comes out they might do a collection rerelease.