Forums - Gaming Discussion - Will the PlayStation 4 ever get a proper Halo-like game?

To some people who owned a PS4 they were looking forward on playing Destiny, a game made by Bungie. Bungie is well known for being the creators of the Halo franchise so they will finally experience what Xbox owners have played since 2001. However, when Destiny finally releases it became clear that Destiny didn't live up to expectations. There were some very mixed opinions: some people say the game is fun but others got bored soon after, others say it was repetitive while others did not think it was, and some say that the game lacks any story at all (there's even a meme going on in the web similar to the Twilight meme saying any game has a better story than Destiny, whether it's a demo or beta or a standalone expansion to a main game, it's story is always better) and from the what I heard it only came from expanded DLC's. I am pretty sure that none of the main Halo games got any sort of problems with this.

Even with a sequel on the way and some improvements there is some things to take into consideration:

First this is no longer the same Bungie we know, some split to 343 Industries and some remained.

Second Martin O' Donnell no longer works for Bungie since he was fired back in April 2014 He is well know for composing the main Halo games as well as Destiny. So who knows if there is another person who can be a great composer as he was in Destiny.

Third Bungie is in a contract with Activision, one of those companies who most often uses DLC, its possible the same thing will happen in the next sequel with the story only available in DLC's.

So will another sequel improved Destiny so PS4 owners get to properly experience a Halo-like game? Or will a Sony owned developer be the one to to do this? Or will it never happen? 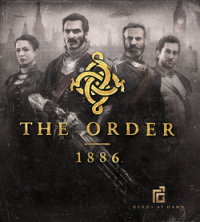 I don't want one 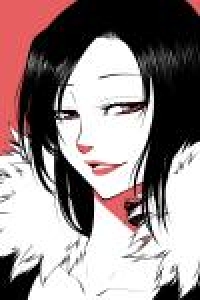 Personally I don't like Halo, and why do we need a 'propper Halo-like game'?

IMO We're the enriched community, with almost every genre covered/soon to be covered the only genre of games sony first part haven't touched really in a while is the JRPG. What does MS have? A FPS, a Third-person shooter, a racing game and a RPG, that's been crap for half a decade.

Since they working with ACTIVSION good luck dealing with blood sucker.

Let's put it this way. I don't like halo gameplay or style and thought destiny was too similar to it to consider it as a purchase. It's close enough to halo for me. If you mean a game with a proper campaign probably destiny 2. Titanfall and destiny sadly forgot about them prioritising online instead

I'm sure Destiny 2 will be significantly improved. Gameplay was perfection on destiny, it was just story and unreliable online moments that let it down.

Personally, I dont think the Halo-type market is on Playstation. PS ppl will buy their shooters, but people choose PS because of their large and varied lineup of exclusives, and that variety is the playstations 'Halo'

Halo like ? No thanks, I lost interest after Halo2.

I hope GG will deliver a Great KillZone after their new IP.

what is a "proper halo like game"? and why do PS gamers want that?

Are you suggesting that Halo is the best FPS on the planet?

Even Halo as bungie left it isn't "proper halo" anymore.

Lastly, PS platform did just fine for 2 generations without "Halo". And this gen its off to a better start than any PlayStation platform before it. I think we will be just fine thanks.