Forums - Gaming Discussion - Why do a timed exclusive for Tomb Raider

Very few would celebrate, but there would be plenty of people (Xbox TR fans) pissed off if the situation were reversed. Even then, the bigger percentage of the fanbase is on PC/PS so the situationisn't entirely equal if reversed.

A similar situation would be if Battlefield 5 was announced timed exclusive for Playstation (bigger fanbase on Xbox and bigger still on PC). Deals like this, where previous games have sold very well on alternative platforms will simply serve to piss off your fanbase.

OT: Either way, this deal is going to piss off the majority of the fanbase (60-80% of TR players were on PC or Playstation). What hasn't helped is the ambiguity of the original announcement (and how they still have to keep hush-hush about the duration of the deal). The ferrocity of the comments on Crystal Dynamics' social media pages was bordring on 'ME3 ending' levels of hatred.

I think it'll still sell well eventually. SE are probably hoping that by releasing it on PS4 in a quiet period, they won't have to compete directly with Uncharted and other holiday games. They may actually have a point and if MS want to spend their money marketing the hell out of TR for holiday 2015, then so be it. SE are going to have to overcome a lot of negative PR with this franchise though.

I hope by time exclusivity you mean only on Xbox one and PC. I can't see Microsoft letting this game on PS4 if they are paying for development , advertisement , ect.

Microsoft want to compete with Uncharted 4 over the holiday, and they only way they know how to do that is with checkbook warfare.

I think this is a bad move for Square Enix and the long-term validity of Tomb Raider as a megafranchise.

Nonetheless, the vast majority of the fanbase will be waiting for it on PS4/PS3.

Of course not. It is absolutely coming to PS4 and PS3. It has already been in development for those platforms since the first game was finished. Microsoft only paid for a delay, and even that had to be outrageously expensive.

When UC4 and Tomb RAider XB1 are released, there will be so many ~30fps (tomb raider XB1, the DE game runs already at 30fps with dips on XB1) versus solid 60fps (UC4 on PS4 will probably runs at solid 60fps like TLOUR), it won't be even funny.

If nothing, it will even convince XB1 gamers to play a similar adventure game but at 60fps on PS4. In the end, I am not sure MS nor SE will be satisfied with their deal. 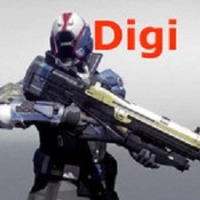 Based off the fact that it took so long for the first one to be profitable it makes sense. MS is helping with dev cost and publishing/marketing so in the end its a quicker profit for square and when/if it hits PS4 that's just pure profit at that point.

I just can't see this game as a system seller to be worth what they must have paid. No doubt SE and Sony have some bad blood at the moment and SE swung a huge right hook, which missed Sony and instead hit a huge number of Tomb Raider fans who had been playing since 1996. Without a serious apology after Holiday 2015, if the game bombs it might go down as one of the biggest miscalculations in gaming history.

look at the difference in sales between both consoles. the 360 versions beating the PS3 versions by over 2:1 . and yes, this is the result of timed exclusivity,

Look at the difference between CoD version of MW3. the PS3 represents 90% of the 360 version.

both versions are pretty much neck and neck here.

again 360 represents 82% of the PS3 version, another exampel of how close multiplatform sales on both platofrms. with AC being skwed on PS since every year they had the exclusive content.

Battlefield 3 here being pretty much neck in neck, how pretty much most multiplatform games are.

another example, pretty much neck in neck.

now other examples of timed exclusivity.

well hot damn, would ya look at that? another timed exlcusive, another 2:1 ratio. sure, timed exclusivity here didnt hurt the PS3 version, sure.

but oh wait, it did. PS3 sales were 69% of the 360 version. i wouldnt call these two close when it comes to sales.

i was going to use Bioshock infinite, when where it shows PS3 selling 81% of 360, which is more in favor of your point, but VGC data shows its massively undertracked, 3.6M on VGC vs 6 million shipped official data.   VGC is  just unusable in this case.

you can take these examples how ever you want.

MS wants to make sure every PS4 owner buys Uncharted 4.

... Dude seriously, stop copy/pasting all those charts. It has NOTHING to do with my main points (decision being stupid and franchise being hurt in the long term)...

I never said that timed exclusivity is not hurting the sales on other platform...
So, for the records, I agree with you on that, timed exclusivity hurts sales, that's a given, but not to the extends you are implying...

Byt my points are:

- Where in those charts can you see the amount that Microsoft is paying SE to cover the lost so you can "pretend" that it is a stupid decision?
- Where in those charts can you see that Tomb Raider will be a dead franchise after that? Even if this iterration sell less on other platforms I'm failing to see in your charts why this would "kill" or even hurt the franchise in any way for future iterrations... And please, do not bring boycotts and blah blah blah, it is not even funny.