Forums - Nintendo Discussion - Safe To Say 3rd Party Support From Wii U Is Pretty Much Gone?

But who buys a Nintendo console for third party!? I certainly don't...that's why you have a PC or one of the other consoles.

this argument keeps popping up but is completly irrelevant. 3rd party games do better on Xone...period. Which makes Wii U look even more pathetic since it has sold more

Revelations for the WiiU sold 90k, which is pretty bad.. MH3U, on the other hand, was considered a smash hit by Capcom so not making a HD version of MH4 for the WiiU would be pretty dumb!

But it seems Nintendo is able to guarantee a steady flow of games for 2015. The already announced games for the last month of 2014 and upcoming games for the next year make a pretty good list already (Devil's Third, Splatoon, Yoshi, Kirby, Zelda, Xenoblade Chronicles X, Fatal Frame 5, Project CARS).

With all these games (and more unannounced games) there should be no software drought like we had this year.

I thought the only good Virtual Boy game was Wario Land? I wouldn't know though because of how how horrible the system sold and that its games tend to hurt one's eyes. But I digress.

Yeah at the time Capcom announced a strong relationship with Nintendo, they were bringing the 2 new ones exclusivly to cube as well as a full remake of the first one and also brought quick ports of 2 and 3, Sales were fairly poor tho and Resi 4 jumped back to PS2 soon after.

Honestly it seems like nintendo hasnt had good third party support since 2010. Does anyone remember the ridiculous wii drought of 2011 and 2012? No? Thats because we were all playing games on our xbox360 and our ps3s. They regained it for a little while when the wii u launched but since then the companies that support nintendo dropped like flies

Thq- went bankrupt
Ea- completely gave up on wii u
Take two- pretty much only released one game on the system (nba 2k)
Activision - still supports the wiiu a little. We have gotten call of duty and skylanders for the past couple years and we might get cod again.
Ubisoft- support was initially strong with multiple exclusives but since the first yearit has dried up. I think props are due to ubisoft because it continued to support the wii u far longer than other publishers and spoke highly of Nintendo back when others were dropping support.
Warner bros supported the wii u aggressively with scribblenauts, batman, injustice, the lego games, and of course lego city undercover, which was published by nintendo but developed by tt fusion which is owned by wb. Support has since decline but we still get Lego games.
Sega- makes multiple nintendo exclusives, and, in essence is still supporting nintendo through sonic boom... which I honestly dont know if anykne cares about...

Namco, capcom, and square enix seem to have supported nintendo very little, each with about a game or two
Tecmo koei seems to support nintendo through their warriors franchises

And honestly has konami released any games for wiiu? I can't think of any?

Nintendo needs to continue to work to create second party opportunities like bayonetta 2 hyrule warriors, fatal frame, devil's third and lego city undercover. This wont completely compensate for lack of third party support, but it will creAte a culture of Nintendo gamers who are more likely to buy second or third party games. Once this culture/market is developed the third parties will follow

I was jsut making a tongue in cheek comment about the Wii U.

But if we apply the same logic as peopel apply inflation to console costs, the Wii U for a 2013 console has very poor support. 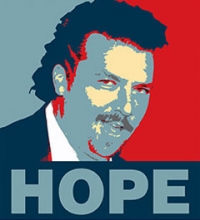 Meanwhile... For the umpteenth week in a row, Wii U has outsold XBox One which begs one to ask how developers are still supporting XB1.

President of Ubisoft said there's an unannounced, completed Wii U title (and it's implied that there's more than one) they have waiting for the system to sell enough units to release. Completed. If they had lost faith in the system, they'd release the game now to recoup some of the money they'd spent on it.

Ubisoft are being cautious - they're not announcing Wii U titles until they feel the system is ready. It's stupid in one sense - I've said it repeatedly, third parties need to be proactive about making a market for their games, if they wait for the system to be huge first before supporting it properly, then it'll just be a self-fulfilling prophecy about third-party sales. But I do understand where they're coming from.

By the way, Watch Dogs Wii U was reconfirmed just before E3. And it's been reconfirmed again just yesterday. E3 saw a CGI trailer for the game, too. So no, it's not cancelled.

Bandai Namco have yet to release a single game on either PS4 or Xbox One. Their first game is "Lords of the Fallen", and they're just publisher in America (Square Enix are publishing in Europe). Next is Project Cars, also a game that they're only publishing (not developing/funding). Tekken x Street Fighter is supposed to release for the systems, but it's fast becoming vapourware. Which means that the only PS4/XBO title that Bandai Namco are actually making that has a release period is Dragon Ball Xenoverse, set for release in 2015.

Meanwhile, Bandai Namco do have a new Wii U title set for release in October. And it's unlikely to be their only title, since I doubt that Nintendo would let them develop such a huge title as Smash if they weren't also making some other games for the system.

Activision really only currently consists of Skylanders, CoD, and Destiny. One of those three is confirmed for Wii U, and another is strongly rumoured. The rest of their titles are pretty much all movie spinoffs (like Transformers: Rise of the Dark Spark, which did release on Wii U).

Sega have more than just Sonic coming. They've got 4 Wii U SKUs listed for the forecast total to end of March 2015 (for comparison, PS4 has 3 and Xbox One has 2). But generally, Sega have shifted more to handhelds... but the point here is that they're not ignoring the Wii U.

Tecmo Koei, in addition to Hyrule Warriors, also have Fatal Frame V. Considering that the titles they have set for PS4/XBO are Dynasty Warriors and Samurai Warriors, while Wii U got Ninja Gaiden, Fist of the North Star, and Warriors Orochi, and then TK are working with Nintendo on two different titles, one of which is their own IP, I'd say they haven't written Wii U off, yet.

When you look across the industry, only two publishers have really reduced their non-shovelware support for Wii U relative to Wii, and those are Capcom and EA (and the latter is debatable, depending on whether you consider Madden on the Wii "shovelware"). And I have hopes that Capcom are just in a lull at the moment - they seem more than happy to pump games onto the eShop, and Nintendo Minute did a Capcom visit... which would be a strange thing to do if Capcom had nothing up their sleeves.