Forums - Nintendo Discussion - Question to Wii U only owners..would you buy Destiny if it was released for the system?

I am getting a little annoyed by how many people on here are not even giving the game a chance, for seemingly no reason. Having played the beta, YES, I would buy the game for Wii U. It is a combination of two of my favorite games (Halo, and Borderlands) with a little flair and a Star Wars feel as well. I never wanted the beta to end. I played it on 360, and I have a feeling that if I were to buy it on 360, it would not go the full 10 years that the next gen systems are planned to go, it would last maybe 2 before they forced you to upgrade. I am a huge proponent for Wii U and think it is sad how many people and game creators won't even give it a chance. It is a GREAT console with some GREAT games, easily the best lineup of the next gen consoles so far, yet everyone hates on it for being "underpowered". Yet it is the only system that can play 1080p games at 60 fps smoothly...strange. I think that it is just a different infrastructure with a little less power, and developers are too lazy to try to create games outside of a PC infrastructure, so it gets pushed to the wayside. Anyways, Destiny should come to it, and I would definitely buy it if it did, so hopefully Nintendo sales pick up and Destiny gets ported because it is a game that everyone should give a chance, and get a chance, to play. Sorry about the little rant there, I love XBox as well, I just don't and never will understand the random hatred for the Wii U.

If I only had a Wii U, and the game were coming out on it, I would still buy it day 1. 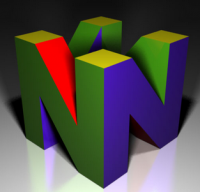 I would definitely purchase it for the Wii U if they managed to utilize the gamepad efficiently.

Right now, I know nothing about it other than it's a FPS that requires online (two strikes against it). But if it was coming to my console, I'd at least look into it.

I think it looks really promising and would pick it up. Not day one though because it could turn out as a crappy port but after some reviews rolled in and maybe like 3 days later I'd go pick it up. If the reviews were poor I'd wait until a price cut. So either way I'd get it someday

I'd get it. The Wii U is my most powerfull gaming platform for now

Ughhhh....it is online only, like that last shootem up X1 ...oh...titanfall was? I would still get it, but not sure why just online only.

It isn't online only.  There are features that are online only, but the game itself is not. 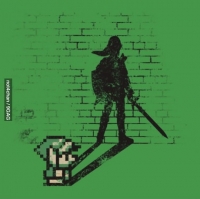 Yes I would buy it if it came to the system


Chuck Norris can kill two stones with one bird.