New Super Luigi U is what DLC should be, everything else is pretty much normal DLC in my opinion. 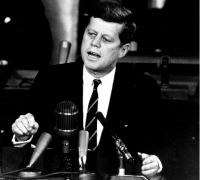 Fire Emblem isn't a AAA title that everyone wants to play, its a niche RPG, even by JRPG standards.

Like the OP stated, this will probably be the first Mainstream Nintendo game to included DLC.  (NSLU aside)

I think it's okay, so will the people who played Nintendo consoles who screamed about the idea of it on other consoles. The first Mario game with real DLC.....This marks a new era in history

$15+ for 6 golf courses and 4 playable characters? Ugh. Should have been in the original game. Day 1 DLC is okay now because it's Nintendo? Hypocrites.

Outside of NSLU nothing they have done was anything special, well at least it hasnt been overpriced yet.

I don't mind DLC as long as it's substantial. If not then it should be free. Day 1 DLC is always bullshit though.

This is what you get when Nintendo "catches up with the times."

Fire Emblem DLC's worked as fun bonuses. The only bone of contention there was the "gold" and "experience" packages, which were disturbingly "pay to win." Though really you don't need them with the way the standalone game is structured.

Day-one DLC doesn't sit well with me, certainly, but the whole thing only becomes problematic when the standalone game itself becomes content-poor just to justify selling you the rest of the experience piecemeal. As long as the standalone game remains justifiably rich in content, then I am satisfied. (This is not to do with just Nintendo, either. I would expect as much from any reputable game designer).

How is it nonsense? They're offering a FULL GAME without the DLC. They offered literally just as much content as EVERY OTHER Mario Golf game EVER. The DLC is for additional content ON TOP OF THAT.  People need to stop hating on the concept of DLC. The concept ISN'T inherently bad. So long as you offer a full game so that those who don't want the DLC still get a full game, and aren't charged full price for a partial game, it isn't nonsense. Hating on DLC for the sake of it is nonsense.

No, it was okay before Nintendo too. So long as you're offered a full game, it doesn't matter. Nintendo is putting just as much free content in Mario Golf as every other Mario Golf ever, so if they hadn't offered the DLC, it would be a normal Mario Golf game. The DLC makes the game more than it otherwise would have been. So what if the DLC is available first day or later? And Fire Emblem had some DLC available first day as well, yet nobody complained about that, did they? It was damn awesome DLC that was additional content added on to an otherwise complete game, that's why!