This is a pretty incredible thread honestly.

And guys something that you need to realize is that this is not meant to be a set in stone fact but a very well educated prediction. Of course there is always the chance for an upset in the way these consoles sell or something surprising happening but given what we know and past trends, this is an exceptionally well put together prediction with good parameters.

The end results may end up way different than what he has predicted but as of right now, this is about as good of a prediction as one can get (especially when the direct methodology behind it is told to help you understand how he arrived at those figures).

Everyone is entitled to their opinion, but try to keep this in mind and post accordingly instead of just picking on the lower/higher bounds of his prediction and saying that would never happen.

I read your post it's one thing I always try to do before responding. The problem was it was ignoring NEW trends. This isn't 1999 or 2006 where there was less people taking over the gaming section. Let me break this down by responding to your points.

"PS4 will definitely do better than a LATE, EXPENSIVE, DEVELOPER UNFRIENDLY CONSOLE, WITH BAD MEDIA COVERAGE. Anyway you may wanna spin it, the history tells us that it will sell past 100+ million. However, that's not just it. There is no mighty Wii this generation."

Again this based on a market that didn't take 8 years to get a "hardcore system" to 80 million. PS2 was able to do it in 5 and had the causal pull with the DVD player. Like it or not traditional consoles have taken a big hit. Grouping wii sales with ps3 and Xbox 360 is not a good way to judge a market for ps4. Why? The reason being is the people who bought the wii are not same as the ones who bought a ps3/xbox360. They didn't disappear from wii base they MOVED on to tablets and iPhones. Please tell me how ps4 is going draw in grandma and grandpa? It's not. Tell me how it's going to get the iPhone (casual market)? It's not.  Fun fact more kids are starting to play there first games on smartphones than on consoles.

Side note: Japan sold 20+ million ps2 in just Japan. Looking at the market now, it would be lucky to get a 1/4 of that number.

"Also the Xbox is doing a lot worse everywhere, and as of now, there is not one single country it is leading, not even in US. This is not just a coincidence, but evident from the huge demand for PS4. Also just take a look at the history to learn that the more expensive console never has a chance in US."

Correlation does not imply causation.

Just because one system is failing doesn't necessary mean one is going to get that audience.

Example. PSP sold 80 million but Psvita is underperforming. Therefor 3ds should be getting that audience. Guess what? That isn't happening. You know why? Because the market doesn't work that way.

The wii got its giant instant fanbase NOT because ps3 was failing but because it's was getting a new audience. Using your argument Xbox 360 should be the real winner being at 160 million. Why is that not the case? Because the people who bought it for more reasons than gaming or other reasoning. I would argue the fanbase of Xbox or ps3 are exactly directly related. Example, many people bought a Xbox for media reasons.

"So forget about an Xbox victory in US, never gonna happen. All that brings PS4 sales estimates way past 100+, easily surpassing PS1, and closing to the PS2."

This called jumping to conclusions. The Xbox/Wii U could be gone tomorrow it still wouldn't mean in this current market that ps4 would sale that amount. You are making a one-dimsional argument that the console that was priced the highest never sold the most in US. This isn't even factually true. The GameCube was priced lower than ps2 at 200 dollars. I don't believe you even did any factual research on some of your own revisionist history. Ps2 was priced higher because of its DVD player in it. You also Therefor, not only is your logic fallicous but even it's arguments are counterfactual.

Most of your arguments assume everything will react like it did in 2000 or 2006. I can't see how you can rationally tell me the market didn't change seen that time period. It's like you think everything works in super-linear way. If x happened in 2000/2005 than it must worked in 2014. It's like we should ignore other technology because consoles are the only thing that will never be effected by anything else. To put it simply, it's like you think the consoles are in some magical bubble that will grow forever and nothing can hurt it. My point is markets are never that narrow and simple. If you want to creditable even a prediction you should take into account many factors and check what the facts really are saying.

You have touched some valid points!

- The market will probably shrink, which I addressed in the update, and will further be updated later on.

- WiiU is indeed likely to live less than 7 years (or have a successor earlier). The reason why I have not address this one is that it's just too early. Well, the models can also be improved with additional complication but unless we know which direction to go exactly, keeping it simpler is usually a better policy. So for now, I'm not integrating it but as soon as I have a good idea, I will.

Also given that the wiiU will live 5 years, the 5/7x estimate sounds very plausible (so yes, a figure like 15-20 million in 4-5 years in not unlikely in case wiiU has a shorter life span).

even your lowest guesstamate for wiiu is to high, 25 is as high as it can hope to get to before they pull the plug.

its been out long enough to see where its going, things wont be getting better. as comp gets going ill only struggle more. 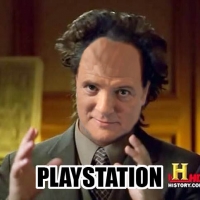 Nothing is written in stone. I still remember analysts back in 2008 saying that the PS3 was going to sell about 40m consoles.

Nowadays figures can change dramatically over the years.

Because the article would be a hell of a lot bigger if he didn't make that assumption.

There are probably two factors contributing to the discrepancy between the given estimates and the numbers in your mind.

1) Most people focus on short term.

a) The vast majority of Nintendo First Part Titles are not even out yet; once they're released, we'll see a gradual shift.

b) Most people don't even know that a new Wii exists. Nintendo had the worst possible media awareness of a new gen machine. With the advent of the true next gen machines, there will be higher awareness towards WiiU as well.

c) WiiU will always be the cheapest console, and once it reaches $199, it will be a no brainer buy, regardless of its specs or third party support.

2) Most people misunderstand the estimates, which assume a 7 year cycle for all consoles. However, wiiU is likely to have a shorter lifespan, so if you assume, it will live 5 years for example, the total sales will be around 5/7 of the given estimates.

Taking into account shrinking of old markets and expansion in new ones, I expect 8th gen to be ~10% bigger than 7th, at least for home consoles, and if neither Ninty nor MS give up. Portables will be lucky to tie, and only if Sony manages to boost PSV a lot and Ninty doesn't give up on 2/3DS. Even if current gen portable will tie with last gen, it will take them a lot longer to achieve it, due to PSV bad start and 3DS sales in slow periods a lot lower than DS (during high seasons 3DS does wonders like DS, but outside of it it settles far lower than its awesome dad).

I think its been long enough that wiiu has settled into whatever it is, and around 30/40k a week is what it is short and long term.

a - enough are to see that its titles wont have any big effect, small bumps but ill trend around whats its doing now.

b -  i dont see them being out helping wiiu awareness in any way.

c - except due to the pad ninty cant get it down to 199 so easy, costs are not in their favor.   Wiiu has been the cheapest console since day one but its not helped it much, nor will this.  Its still a product no one actually wants.