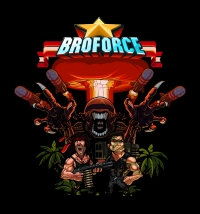 A minimum of 130M PS4's sold. Quite courageous - even if I think you're right.

"Wii Console (gamers + one time casuals)" why not put the same on the others parenthesis?

Solid and well thought out predictions. However I do think your Wii U estimates are off. I mean the Dreamcast sold more in its first year than the Wii U, so I would have to say the wii U is 15-30 million. I know mine is a big range, but it really matters on a ton of things like when Nintendo will discontinue it, and if it will really take off in Japan.

The funny thing is that while projected sales data points to the PS4 being the best selling Sony console of all time (Or Second), I just get the feeling that it is really gonna sell 100 million.  It's probably because I think:

2) The market is more competitive and as such the overall size of the console market as shrunk.

3) This generation will be at least 1-2 years shorter than the last one.

I have no idea how much consoles will sell, but i do believe that it`s potential market will be consumed faster than ever before and that with the competition of other companies, this generation will last the same as all other generations: 5/6 years.

Points 1&3 are your opinions. Point 3 isn't relevent because the PS2 was the highest selling PS console and that generation wasn't the last one.

As for point 2 (factually):

So I don't know where that comes from, because the numbers don't agree with you at all. It's a very popular opinion, but I don't know how people just throw it out there at all since it's not backed up by any facts. You might argue that the Wii shouldn't be included, but to throw it out completely is nonsensical. Moreover, TONS of PS2s were sold after the 7th gen started, and the PS3 and 360 sales are still going strong.

In other words, I don't agree with your reasoning.

And it's not that unlikely.