Well, what else is new?

Except that it literally isn't less power than 360 or PS3, so stating so is absurd. The CPU is more powerful than both, though not a WHOLE lot more. However, the GPGPU is plenty powerful, and assists the CPU in processing power. This has been stating 100 times over in these threads since the console launched.

And changing the GamePad to a "smaller, regular contoller with a small touch screen" isn't going to solve anything. That isn't going to magically make people go "OH MAN, SMALLER CONTROLLER? COUNT ME IN!", and eliminating the larger touch screen is going to not only affect how you can use it for games, but also will eliminate one of the controllers strongest selling points in the first place: off-tv play. Part of it being as large as it is, is so that you can watch netflix, surf the internet or play your games JUST on the controller, so that someone else can use the TV, etc. It is hands down one of the coolest features, and NIntendo would be stupid to cut that off now.

With regards to the Game Pad; I realize the design and build are the result of cost management, but the size of the display relative to the overall size of the controller is disproportionate. I would like to see a smaller, slimmer controller with a thinner bezel, or a controller with a larger display. The former would probably be cheaper to manufacture.

But frankly, I'm not convinced any product redesign could save the Wii U. Sure, there's precedence with the changes made from the DS to the DSL, which took an ugly, toy-like design and turned it into something sleek and clean, but at this point, it's not really the hardware so much as it is the software support.

Reggie and Nintendo talked up the Wii U as having games for everyone, having hardware parity with competitors, good 3rd party support and good online experiences. If they rode the WiiU well it could have had PSOne like sales and games. WiiU had the potential to be an instant classic, but instead we got.... this. I  dont trust anything they say anymore. 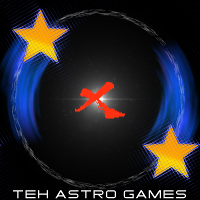 Nintendo has numerous issues that aren't just their fault. Whle they did damage themselves with weaker hardware, not expanding enough for HD development, not taking advantage of the gamepad much and believing the name Wii U would help draw in casuals, there were also issues in that regardless of what Nintendo did, mainstream gamers wouldn't come. The gaming media has downplayed Nintendo and the Wii over the course of the generation that mainstream gamers just think of Nintendo as either kiddie or stuck in the past or just makes Mario and Zelda games. And its hard to appeal to those guys since they only buy the big annualized franchises plus GTA and don't really research their games. That only leaves the small hardcore market that has too much variety to be appealed easily to.