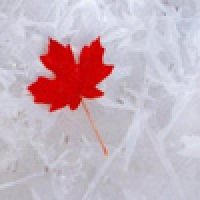 I'm in the Alpha. It's not overhyped.

Don't be butthurt over the truth. Mechs are just a reskinned kilstreak, instad of an attack chopper you get a mech.

It's been overhyped since E3 imo

The hardest PS fanboy I know in something called "RL" played it already at GamesCom... And even he said that Titanfall is the best FPS he has played in years.

I am hyped and got it on preorder, but won't play much, because I am about to be a father in 3 weeks.

Have to wait and see, it does seem to be quite hyped but we wont know if its OVERHYPED!! until it comes out :)

i haven't played titanfall yet obviously, but they can't be compared.

I think jay summed ut up well, many people want, nay need, this to flop. That simply isn't going to happen.

It would be nice if people would realize that a single game isn't enough to "win" or "lose" a console war, rather than be happy that a good game exists people just seem offended they won't get to play it, I'll be buying It for PC personally, as I'd rather play it at native 1440p with everythiny cranked high.

That being said theirs some great games for both consoles coming, were going to see this kinda bullshiy unwarranted hate in both directions for games on either platform.

Man I love being neutral.